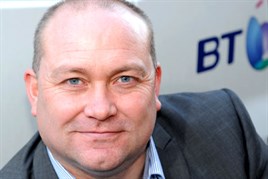 Minimising downtime and maximising utilisation are two topics at the top of any working fleet’s cost agenda; BT Fleet has developed a number of initiatives that help its own operation and those of other fleets to achieve both.

Its strategy has seen 4,000 vans removed from its fleet over the past couple of years, raising utilisation levels to 83%.

Meanwhile, a relentless focus on proactive repair and maintenance ensures vehicles stay on the road for longer and has even enabled the company to extend its replacement cycles for vans to seven years and cars to five, squeezing every last drop of usefulness from its fleet.

It developed a series of tests to identify vehicles it believed could be used more efficiently, involving analysis of telematics, fuel, service, maintenance and repair spend and usage patterns.

“It’s an ongoing initiative; we expect to remove more vans,” says Duncan Webb, BT Fleet’s fleet director. “It’s in our DNA to look for under-utilised vans – we’ll probably get to 90% utilisation through this project.”

Savings are already reported as £8m-10m on leasing costs alone, while additional capital expenditure savings will come from identifying existing vehicles to be refurbished and put back into use by its team of engineers.

Vehicle condition and mileage are both key considerations in the de-fleet decision: vans average 12,000 miles a year so they aren’t over-worked and some go beyond the seven-year cycle.

The company took the decision to extend because trials showed no detrimental effect on repair and maintenance costs.

Operating its own network of workshops helps to keep the vehicles in peak condition, although Webb believes any fleet can mirror its achievements if it has tight controls in place.

“We look after the fleet well; we know our vehicles are not being over-abused,” he says.

The proactive maintenance regime is crucial.

Every time a vehicle comes in for a service, a judgement call is made on items such as brake discs and tyres. If they are sufficiently worn, they are replaced, even if they have a few more miles left to run.

“One day off-road costs £300 for a LCV and £1,000 for a LGV. When you consider the total cost of transport from a group perspective, this is the right thing to do,” Webb says.

“Ideally we want our vehicles to visit a garage once a year – that’s what we strive for.”