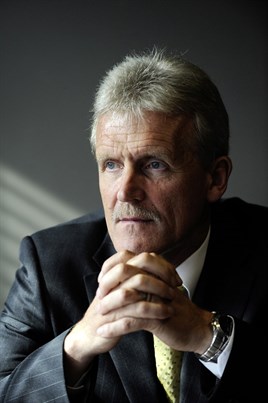 One of the biggest challenges facing fleet decision makers is not the ability to identify new initiatives that will reduce cost, improve safety and reduce impact on the environment; it’s getting those initiatives heard at board level and introduced in such a way that it engages all key stakeholders.

The fleet and transport team at the City of Bradford Metropolitan District Council has introduced an innovative, yet simple, solution: a five-people vehicle advisory group which has quickly become the cornerstone to every significant initiative and policy revision.

Created three years ago by Geoff Binnington shortly after his appointment as principal officer fleet and transport services, the group includes a workshop manager, compliance manager and two operations managers, as well as Binnington himself. All are CPC (Certificate of Professional Competence) qualified.

As someone more used to handling fleet and transport duties in the private sector, Binnington believes the advisory group is an ideal way to engage senior managers, colleagues and drivers, not least because the local authority devolves responsibility to its departments rather than controlling everything centrally.

“Everything we have done has been spun off that group,” he says. “We have no internal department frictions. We have technology, enforcement and operation perspectives and that balance helps us to make the right case and the right decision.”

Linking into the group are workshop supervisors, enforcement staff and department managers from across the council; Binnington says it is an “inclusive” approach which improves engagement.

“The most important thing in the vehicle is the driver. We have to get their mindset right, their sense of pride in the job. That makes the biggest difference.”

One outcome of the vehicle advisory group is the council’s willingness to trial new technology. As a result it is saving money, although not everything is implemented.

An ECU remapping trial on the council’s refuse vehicles was expected to cut fuel use by 5%; it didn’t. Likewise, the addition of a second fuel filter to remove impurities, enabling fuel to burn better and more efficiently, showed no improvements.

Some initiatives did show improvements but were rejected for other reasons. Rev limiters produced a 5% fuel saving but received a negative response by drivers and the trial ended. Instead speed limiters have been introduced on vans that travel on motorways, set at 62mph.