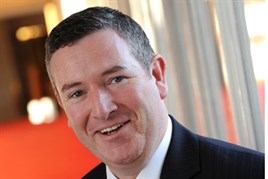 He has the statistics prove it. Enterprise reduced costs by £28 million between 2009 and 2011, which it has reinvested into improving its own business and the services it provides to customers.

This has been delivered thanks to basic steps such as making sure the right vehicle is chosen, having one route to investment, increasing vehicle utilisation and making better use of the company’s 12 workshops rather than using external maintenance.

Enterprise took these steps after bringing fleet, plant and workshop management together under one asset management division ( Fleet & Plant Hire).

Consolidation was necessary following substantial organic growth and a number of acquisitions.

“It’s run like a trading business within Enterprise,” explains Farrell.

“We have to continuously demonstrate value for money internally and for our customers. We want to be first choice rather than the imposition.”

Previously, investment in vehicles was based on very basic demand planning “dictated by contract lengths rather than the potential for utilisation across the whole fleet.”

Now there must be a full business case using wholelife costs for every batch of vehicles.

An electronic shopping cart has been created which is accessed through the intranet. All vehicles are catalogued and all vehicle specification has been standardised.

Fleet & Plant Hire also handles vehicle disposal and another key achievement has been the removal of stranded assets which has seen vehicle utilisation increase from 72% to 94%.

Workshop productivity has improved by 20% and most workshops have returned to profitability or break-even.

A change of behaviour has transformed an internal service to an externally focused one.

The 24-hour driver call centre for maintenance and breakdowns has been brought back in-house.

“Outsourcing worked for a period of time, but as the fleet has grown we found it was better bringing it back in-house because we’ve got a service that’s aligned to the Enterprise business,” Farrell explains.

He wouldn’t rule out outsourcing other elements though.

“It’s easy to be hoodwinked into thinking that if you self-deliver everything it’s going to be perfect,” he says. “But there are people who might be able to do some services better than us.”

Enterprise reduced its supplier base from 80 to 20 preferred suppliers.

It had inherited 17 different telematics providers. Reporting was understandably “a mess” and the data wasn’t being used properly.

“Not one of our business units could give me an indication of the return on investment for the millions of pounds that had been spent over the years on telematics,” Farrell says.

“We’ve set up an energy efficiency centre which takes the data from the telematics reporting, turns it into useable, meaningful data for the business and distributes advice on how to improve.”

The number of telematics providers has dropped to six with one preferred provider.