Fleets in focus: Healthcare At Home 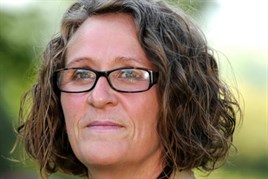 In an age of budget cuts, salary freezes and general austerity, few public or private companies are contemplating adding to their headcount, particularly when it comes to the vehicle fleet. Outsourcing has become a byword for many.

Healthcare At Home is a notable exception.

In the past five years it has added both a fleet administrator and two driver trainers to its staff roster.

While this isn’t an organisation operating thousands of vehicles, it is a heavy job-need fleet with 260 cars and 140 vans.

Georgina Smith effectively wrote her own job description in 2008 after taking on responsibility for Healthcare At Home’s fleet.

At the end of 2008, the company had just 290 vehicles, making the creation of a fleet administrator role all the more unusual.

Recruiting two driver trainers as the fleet began expanding further bucked the trend for outsourcing and showed Healthcare At Home to be a forward-thinking employer.

It’s paid off: the subsequent reduction in accidents has recouped the cost of employment many times over, even without taking into consideration improved utilisation by keeping vehicles on road more of the time and reducing the human cost of crashes.

The training programme plays a key role in this achievement. Healthcare At Home trains its drivers every two years with conventional on-the-road one-to-one observation and coaching.

Its two in-house RoSPA-qualified trainers also carry out eyesight tests to confirm that drivers can read a numberplate at the legal distance.

Backing up these checks is a recent decision to extend the company VDU eye care voucher scheme to drivers.

“Our trainers observe drivers’ abilities and advise on how they can improve. They work to a set structure and keep records for historical data,” Smith says.

Accident data looking at the past five years shows the new approach is working.

Although the figures don’t show an overall decrease in incident numbers, they don’t show an increase either, an impressive result when fleet growth is 10% a year.

The training is complemented by a new charging policy for drivers who have own-fault accidents.

They pay £50 for the first incident, £100 for the second and £200 for the third. If they have a fourth own-fault accident, the company will assess whether they should be allowed to continue driving.

Smith believes the policy is having the desired effect and says it doesn’t appear to have resulted in a rise in unreported incidents by drivers trying to evade the charge – a fear that dissuades some fleets from introducing similar initiatives.