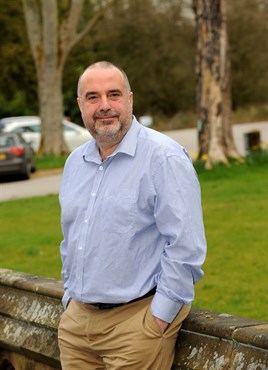 Difficult decisions in business are often unpalatable. Usually taken in the long-term interests of the company, they can result in a need to change and adjust to new ways of working and perhaps increasing workloads. Once the dust has settled and the organisation seeks to move forward, there are sometimes incidental benefits. These can lead to permanent changes in policy and improved efficiency in other departments. It’s a fact not lost on Eric Bristow, business analyst at Hobart UK, who has responsibility for its fleet of 220 vans and 120 cars.

A tier of management was taken out of the Peterborough- based catering industry kitchen appliance provider more than 18 months ago. Bristow saw an opportunity to eliminate grey fleet use in the business at the same time, using the former company cars as pool vehicles. “We had a lot of business use of private cars when the corporate manslaughter act was prominent,” he says. “We looked at usage and decided at that point to introduce pool cars and did away with the grey fleet.” “It’s sometimes the case when staff claim business mileage that 18-mile trips get rounded up to 25 miles. Our costs dropped quite dramatically and we’ve been able to manage the business better.”

Hobart has quite a varied fleet make-up with five grades of cars available and multiple badges. CO2 emissions are capped at 129g/km and even the most expensive models on the car fleet have four-cylinder diesel engines. Company car drivers can choose three-door versions if they want something that stands out a little more in some of the grades, with the Citroën DS3 offered alongside the Honda Civic and BMW 116d in the entry-level grade. The next step up offers the Hyundai i40, and Audi A3 (hatchback and Sportback) and the Volkswagen Scirocco. Drivers are also able to choose stand-out models in other categories, including the Citroën DS5 and Volkswagen CC.

Bristow says: “There is little direct benefit to Hobart offering choices like the coupés. However, I firmly believe that one size does not fit all. “Within the policy I have tried to cater for most tastes and lifestyle choices. Not everyone is male, 32, and married with 2.3 kids. “Hopefully the choice reflects this and therefore the driver is likely to respect their chosen company vehicle a little more. I am hoping that as the technology improves, I will be able to introduce a plug-in electric vehicle.”

They don’t offer the smoothness of traditional automatic transmissions when changing up, but they offer the convenience and help reduce driver fatigue, particularly in urban areas, while fuel consumption is usually the same as, if not better than, standard manual gearboxes. The cost of specifying the feature is usually less than for a typical automatic transmission, but they are viewed with the same level of desirability in used vans.

Bristow says: “We’re looking at fuel consumption on automatic vans. If the cost difference is marginal then we can justify it in the interests of driver comfort and safety as the driver spends a lot of time in the vehicle. We can view choosing automatic as a benefit.

“We currently have a Citroën Berlingo L2 stop-start automatic working in central London. The initial reception from the driver was muted. “However, six months later he is adamant that he would not change back to a manual.

“Because of this, I have offered the same solution to the rest of the team that work in this area and I am now looking to possibly expand this to other ‘high urban’ areas.”

Not all of Hobart’s vans are based in urban areas, so mileage varies across the van fleet. The lifecycle benchmark is based on three-and-a-half years at 25,000 miles a year. Servicing is carried out at main dealers where possible, and Hobart buys tyres outright. If tread reaches 3mm and the van is in for other maintenance work, the tyres are replaced to avoid further downtime a few weeks down the line. Bristow’s job title is business analyst. Hobart doesn’t have a specific fleet manager, but he is supported by Inchcape Fleet Solutions (IFS) for management of the day-to-day functions.

Bristow says: “When I was asked to resolve the numerous issues we had, I quickly realised that I needed professionals to help me manage the various aspects of fleet.” IFS takes care of vehicle servicing and maintenance (plus MOT where required), including tyres and glass, accident management, temporary rentals, driving licence checking, order processing (Hobart purchases outright through nominated dealers, using the IFS online system), vehicle disposal, London congestion charge and fuel cards.

“All our drivers are told that if they have any problem with, or relating to, their vehicle then they call IFS in the first instance,” says Bristow.

“This leaves me the time to take a more global view of the fleet, giving me the opportunity to introduce procedures and policy that improves safety and cut costs.”

One of the measures that has resulted in a cost saving was the introduction of telematics six years ago.However, Hobart doesn’t gather all the information that a telematics system can provide, preferring to focus on speeding drivers. Bristow believes that merely knowing vehicles are being monitored makes a difference to drivers’ behaviour.

He says: “When I introduced a working telematics package, within six months our productivity had increased by 12%. “Although a few more drivers elected to take the private use option of the van, overall the number of miles driven appeared to drop.” Bristow says although there are other parameters that can be used that could achieve further gains, there are also potential wins from reduced insurance costs by using the existing data and procedures.

“We have considered the use of driver behaviour software and products to further reduce costs, but while we are still developing the speed monitoring policy, I feel this may be premature,” he says. “I am also working with our insurance company to investigate ways in which we can reduce our premiums and promote safe driving.”