Fleets in focus: Ministry of Defence 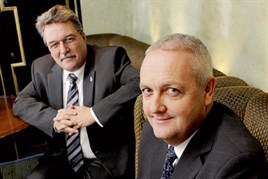 All public sector fleets are under pressure to cut costs but arguably none more so than the Government’s biggest fleet – the Ministry of Defence (MOD).

It has promised to save £43.6 million during its four-year contract with fleet management provider Babcock Land Limited, which began in September 2011.

But the savings won’t come simply from having fewer vehicles.

As Pete Spiller, Phoenix contract management team leader, points out: “We can’t drive it down so far that we can’t actually react when we need to react.”

Instead, much of the savings will come through acquiring vehicles at better prices.

All central Government fleets are now required to buy their vehicles through e-auctions held three times a year by the Government Procurement Service (GPS).

Government departments submit the number and type of vehicles they require to GPS ahead of the e-auction.

It’s then up to the manufacturers to meet the specification.

During the e-auction they bid against each other, with the lowest price winning.

The MOD takes this process a step further by then holding an e-auction for leasing companies, asking them to name their best rate for the vehicle over a certain mileage and certain number of years.

“It gives us two opportunities to secure best value for the MOD,” explains Spiller.

However, the downside is that there is no certainty about pricing as manufacturers could offer different prices at different e-auctions.

Equally, there is no certainty about which leasing company will offer the best rate and the MOD has had the same type of vehicle from different leasing companies.

It falls on Babcock, as the MOD’s fleet management provider, to manage the various leasing companies.

Julian Jones, operations director at Babcock, says: “Our systems have to be robust enough to pick up on different leasing companies and the different terms, contact details and maintenance arrangements.”

The e-auction process means that drivers no longer specify a particular make or model.

Instead, it’s about what they want to do with the vehicle, how many people will need to use it and how much space they require.

"In short, vehicles need only to suit the business purpose.

“Procurement is now born out of output-based requirement,” says Jones.

The units within the MOD are also being encouraged to view ownership of the vehicle differently.