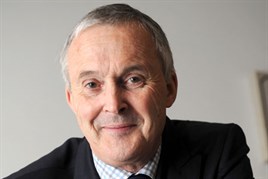 Police fleet management has its own set of unique challenges, but like the rest of the public sector it is facing the same shortfall in funding.

Police budgets have been slashed, while Government has insisted spending cuts should not impact frontline policing.

It has required fleets to ‘sweat assets’ like never before and forge partnerships with neighbouring forces in an effort to find further efficiencies.

It has also provided the platform for forward-thinking fleet managers to drive innovation, which is aimed at keeping costs down and improving service delivery.

“Northants is no different to other forces,” says Graham Crow, head of transport and travel at Northamptonshire Police.

“We’re looking at a £21 million deficit and we’re trying to play our part in addressing that shortfall.”

It has meant a cut in funding for the fleet department, a restructure and job losses, as well as additional responsibilities for Crow such as managing travel spend for the whole force.

However, speaking to the former Army engineer in his office at the constabulary’s headquarters on the outskirts of Northampton, he appears unruffled by the challenge that he and his team faces.

That’s partly because they’ve just rolled out a telematics system, which is expected to achieve significant fleet savings.

In total, 315 vehicles out of the 420-strong fleet have been fitted with the technology and fuel consumption has already fallen by 13%, suggesting annual savings in excess of £100,000.

However, Crow is confident that may rise further. “Now we’ve rolled the system out we will start to understand more accurately what the fuel saving will be, but it’s very good at this early stage,” he says.

The device, developed with APD Communications, records how the vehicle is being driven and displays a red, amber or green light on the police car’s dashboard.

If the vehicle corners too fast or is driven too quickly, then an amber or red light will be displayed, depending on the severity of the manoeuvre.

The warning signals are automatically switched off when answering a 999 ‘blue light’ call.

In-house business analysts disseminate the collected data, which is then passed on to supervisors and superintendents so that they can understand what their drivers are doing and take action if necessary.

The telematics system, which could be rolled out across the country, cost Northamptonshire Police £350,000 to develop, so a quick return on investment is important for the constabulary.

However, it isn’t all about clawing back cash.

The force is also banking on the technology to help it improve frontline services through the better deployment of police officers.