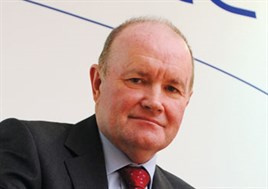 Switching from a solus contract hire agreement to a multi-supplier contract has reduced cost and improved service levels at IT services company Steria.

Fleet and travel manager Tony Brady was behind the move in the early 1990s, acting as a trail-blazer for other company fleets, many of whom were persisting with solus arrangements.

“Having a number of suppliers is good purchasing practice,” Brady says. “It enables us to get competitive quotes and a better service.”

Each leasing company tends to be stronger on particular brands or types of car on the fleet, which enables Steria to secure the best rate.

It also operates a flexible replacement cycle of up to 42 months, although the average is three years/60,000 miles.

Again, the three funders’ rates vary depending on the length of contract and how they spread their own risk.

The trade-off for using three suppliers is the increase in administration, but Brady says the positives far outweigh the negatives.

He is looking to move some of the admin tasks to the suppliers where possible. Ease of admin is one of the reasons why all maintenance and accident repair is handled by GE Capital.

Steria has a pay-as-you-go SMR arrangement which Brady states is more cost-effective than a with-maintenance contract.

“When we have a new choice list we look at the figures for with and without maintenance and without is the best option overall,” he says.

“There is trade off on some models, but on balance there is a noticeable saving for us.”

Steria moved to an average three-year/60,000-mile cycle four years ago.

Its standard contract then was an average 2.5 years/70,000 miles but as business and private mileage dropped, the company decided it was more cost effective to receive the benefits throughout the life of a vehicle via a lower rental rather than getting the benefit at the end of the lease thanks to its pooled mileage agreement.

While the number of leasing partners has tripled, Brady took the reverse position for the car choice list, moving from an open choice policy to just three brands – BMW, Vauxhall and Peugeot.

The competitive element as each jostles on price and service has increased discounts available to Steria while the three brands selected enable it to continue offering a broad choice for staff.

“We get better terms and a chance to build relationships,” Brady says.

“We also get advance notice on new models so we can plan further ahead and it also helps in aftersales where a direct line to the manufacturers is really helpful.

“For our staff, while they no longer have an open policy, they still have a wide range of vehicles to choose from.

"We have no restrictions within each manufacturer’s range other than CO2 and cost, although we only allow convertibles if they have off-street parking.”

He adds: “And if they don’t like the choice, they can always opt out and take the cash.”

The choice list, divided into six bands, is based on wholelife costs.

The policy has evolved over the past three years and, while it hasn’t made a big difference to costs, it has resulted in cars moving into different bands.

“Some staff can now have a BMW when they couldn’t in the past when it was based on the lease rate,” Brady says.

“We use wholelife costs to equalise the true cost.