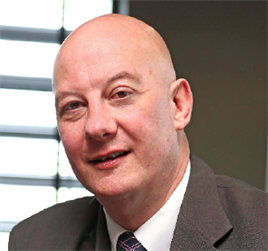 Installing telematics enabled West Yorkshire Police to cut its incident rate by 34%, boost vehicle utilisation and reduce its fuel expenditure. It helped the constabulary to remove one million miles of unnecessary or wasted journeys and reduce the fleet size by 120 vehicles.

Yet there is still far more to come from fully exploiting the technology, according to head of transport Steve Thompson.

He fitted the system into 600 marked and plain divisional vehicles, focusing on those which had the most collisions.

By taking this approach, Thompson was able to forecast and realise a rapid return on the investment, which helped when seeking sign off for the initiative.

Key to telematics success is taking a proactive approach to managing the data. West Yorkshire Police uses the results to inform its driver training programmes, tackling those drivers who need the most support with the right type and level of training.

“If we aren’t proactive by providing data on the drivers and addressing the issues, we will get to a position where people aren’t bothered about the results because they are not held accountable,” Thompson says. “Once you have the data, you have to use it.”

However, the rate of incident reduction has now started to slow as many of the bigger challenges have been resolved.

“Our main issue now is small bumps, especially reversing,” he says, although he has procedures in place to tackle these, too.

“We do spot checks on how cars are parked and encourage staff to reverse park. We have also fitted reversing sensors on all vans which was an instant success.”
Driver training has further reinforced the basics to help minimise reversing incidents. In instances where there are two people in vans, for example, the passenger is encouraged to get out and help the driver reverse safely.

As part of the changes to incident procedures, West Yorkshire Police ended its policy of charging the excess to the end-user