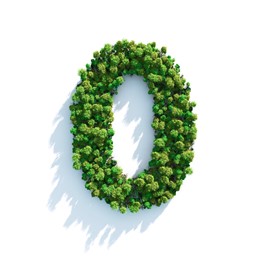 This feature originally appeared in the May 2020 edition of Fleet News. Read the digital issue of the magazine by clicking here

Fleets are being given the opportunity to help determine how the UK will achieve net zero emissions across every mode of transport by 2050.

The Department for Transport (DfT) is developing its Transport Decarbonisation Plan (TDP) to set out in detail what government, business and society will have to do to deliver the significant emissions reduction needed to meet its 2050 greenhouse gas (GHG) emissions target.

As part of the consultation process, the DfT has released a document called ‘Decarbonising Transport: Setting the Challenge’ (DTSC) to provide context to the current challenges and steps to be taken when developing the TDP.

While there have already been a number of strategies to reduce GHGs in individual transport modes – such as the Road to Zero Strategy and Future of Mobility: Urban Strategy – the TDP will take a co-ordinated, cross-modal approach.

“Through the TDP, 2020 will be the year we set out the policies and plans needed to tackle transport emissions,” says Grant Shapps, secretary of state for transport.

The DfT intends to host a series of workshops to work with stakeholders and representative groups to generate and test policy proposals. It will also seek public feedback through ongoing online consultations and market research.

The document can be found at www.gov.uk/government/publications/creating-the-transport-decarbonisation-plan.

Businesses are also invited to share their views on what actions government should take in order to decarbonise transport by emailing TDT@dft.gov.uk

Shapps adds: “Success will require the sector, and its users, to embrace new technology and innovation like never before.”

Here we look at the strategic priorities for creating the TDP, which will be published in autumn 2020.

The Government wants to make public transport and active travel, such as cycling and walking, the natural first choice for daily activities.

Research carried out as part of the DfT Transport and Technology Public Attitudes Tracker in 2018 found cars are the most common mode of transport regardless of the journey type.

It found that 94% of car journeys were under 25 miles, with 58% less than five miles. The research also found 87% of car users in England feel their current lifestyle means they need to own a car.

The DTSC says: “Cycling and walking are the ultimate forms of zero greenhouse gas emission transport. For those able to do so, we would like cycling and walking to be the easy and obvious choice for short journeys.”

The DfT says it is already exploring how vehicles can be used differently, such as through shared mobility.

It adds new technologies and business models may help facilitate modal shift, such as mobility as a service (MaaS) platforms.

“This will require behavioural changes and we will consider how government and others can support this shift through infrastructure and encouraging those forms of travel,” says the DTSC.

The DfT research also found 5% of journeys in 2018 were made by bus, while buses and coaches represented 3% of domestic transport greenhouse gas emissions.

In this area, the Government is prioritising that conventional buses will be replaced with zero emission buses and infrastructure over a period of time and that measures are introduced to address declining bus usage across the country.

However, it faces a challenge to persuade people back into public transport due to the coronavirus.

The DTSC notes transport GHG emissions are not consistent across the country and a ‘one-size-fits-all’ solution will not be appropriate.

“Understanding where, how and why emissions occur in specific locations, be it around a major airport, port, motorway junction or within a city centre will enable us to develop a tailored response,” says the report.

The Government will work with relevant stakeholders such as local authorities, mayoral combined authorities and subnational transport bodies to consider how to best address emissions at a local level.

The transition to zero emission vehicles is already under way in the UK, but the DTSC says “major changes to the vehicles we drive and the way we use our roads” will be needed to achieve the 2050 target.

Three years ago, the Government announced a ban on the sale of new petrol and diesel vehicles by 2040 to cut transport emissions.

It is currently consulting on bringing that forward to 2035 or earlier if a faster transition appears feasible, as well as including hybrids for the first time. It plans to conclude the consultation on July 31.

The report says there are currently more than 240,000 battery electric and plug-in hybrid cars registered in the UK, but data from the DfT shows that, at the end of 2019, there were 31.9 million cars in the UK – meaning ultra-low emission vehicles (ULEVs) make up less than 1% of the overall car parc.

The numbers of ULEVs sold continues to rise – figures from the Society of Motor Manufacturers and Traders show that in the first three months of 2020, 18,256 BEVs and 13,662 PHEVs were registered, year-on-year increases of 204% and 59% respectively.

However, the report says, these registrations have been restricted by the availability of these types of vehicles.

For example, it says the number of BEV models on the global market is around 30, compared with more than 350 for conventional vehicles.

Supply is starting to increase, though, and the Government expects to see around 20 new models available in the UK this year.

As well as vehicle availability, the DfT says more charging infrastructure will be needed alongside improvements to the consumer experience of using it.

“While many electric vehicle (EV) drivers are likely to choose to charge their vehicles at home, or at their workplace, 20% to 30% of motorists do not have off-street parking,” says the report.

“This proportion increases in urban areas where air quality concerns are most acute.”

Over the next five years the Government is providing £500 million to support the roll-out of a fast charging network for EVs, ensuring that drivers will never be further than 30 miles from a rapid charging station.

This will include a rapid charging fund to help businesses with the cost of connecting fast charge points to the electricity grid.

Other current policies to increase EV uptake include investing around £2.5 billion in the sector, with grants available for plug-in cars, taxis, motorcycles and vans, as well as funding to support charge point infrastructure at homes, workplaces, on residential streets and across the wider roads network.

In addition, Budget 2020 included the announcement that the Office for Low Emission Vehicles (OLEV ) will complete a comprehensive EV charging infrastructure review.

“Based on the best available evidence we project that these (2050 decarbonisation) ambitions will not currently be met without additional action being taken. Policies to help deliver these ambitions will be included in the TDP,” adds the report.

4 UK as a hub for green transport technology and innovation

The Government wants to utilise the UK’s scientists, business leaders and innovators to position the UK as an internationally-recognised leader of environmentally sustainable technology and innovation in transport.

“We want to ensure robust R&D measures for investment in key technologies to support the move to net zero,” says the DTSC.

“Transport innovations, such as digitalisation and making data available to empower customer choice, could tackle congestion, pollution and disconnection while improving our environment.”

5 Decarbonising how we get our goods

The growth in online shopping has seen the proportion of domestic freight moved by road transport increase significantly.

A tonne kilometre is a unit of measure of freight transport which represents the transport of one tonne of goods over a distance of one kilometre.

The report also shows van traffic has increased by 104% since 1990, with DTSC saying much of this change can be attributed to service vehicles and ‘last mile’ delivery services.

This increase has also led to a rise in emissions from the van parc, with DfT saying its total emissions have increased 67% since 1990 and 19% since 2012.

The Government has already announced a range of measures to decrease van emissions and its central projection, taking into account all current firm and funded policy, is that van GHG emissions will fall 17% from 2018 to 2050, despite a projected increase in van km of nearly 70% over the same period.

“These forecasts include only legislated policies or those with confirmed funding, and therefore do not include the 2040 ambition in the Road to Zero strategy or consultation on bringing forward the end of the sale of new petrol and diesel vehicles,” says DTSC.

“Based on the best available evidence we project these (2050 decarbonisation) ambitions will not currently be met without additional action being taken. Policies to help deliver these ambitions will be included in the TDP.”

Action taken so far includes those measures listed in the decarbonisation of road vehicles section such as the plug-in van grant and the investment in EV charging infrastructure.

Van-specific measures include legislating to allow category B (car) licence holders to drive certain alternatively fuelled vans up to a maximum weight of 4.25 tonnes, rather than 3.5 tonnes.

This aims to help to compensate for lost payload capacity due to the added weight and size of some current alternative fuel technologies and help grow the market for ULEV vans.

“As we consider the future of the transport system, innovative digitally-enabled solutions, data sharing and collaborative platforms could transform how our goods are moved, potentially also reducing the negative impact of congestion,” says the report.

This could include increased use of solutions such as e-cargo bikes. The DTSC highlights a 2018 trial where e-Cargobikes.com worked with supermarket chain Sainsbury’s.

Located at the Streatham Common store, a fleet of five e-cargo bikes delivered up to 100 orders a day to local customers who shopped via the retailer’s website.

The trail showed that 96.7% of orders could be fulfilled in a single e-cargo bike journey.

The TDP will also look at the role rail freight and HGVs play in goods delivery and distribution.

6 Reducing carbon in a global economy

The DTSC notes reducing emissions from transport is a global, as well as a UK, priority.

“Clearly areas of transport, including aviation and maritime, are international by nature and are vital components of our international trade and economy,” it says.

“We want to harness the UK as a centre of expertise to drive low carbon innovation and travel behaviour that helps enable a global transition to low carbon transport.

“This will boost the UK economy and help to lead the change internationally.”