How is female representation changing the fleet sector? An International Women’s Day special

As we celebrate International Women’s Day today (March 8), Sarah Tooze looks at how female representation is changing in the fleet sector and the benefits of a career in fleet.

Let me tell you about my introduction to fleet. It was 10 years ago – March 10, 2008 to be precise – when I attended my first Fleet News Awards before I joined the magazine as features writer.

A group of men on my table were laughing and swearing and one of them turned to me and said: “You do realise it’s a man’s world, don’t you?”

Before I could reply, the winner for fleet manager of the year 101-400 vehicles was announced: Marie Jarrold of BCA.

As she went on stage to collect her trophy the man looked at me sheepishly and said: “You know I was saying it’s a man’s world…”

Jarrold, now a member of the ICFM board, alongside her day job running the BCA fleet, is just one of a number of successful women in an industry where female representation has been steadily growing.

In 2016, for the first time in its history, the ICFM trained more women than men.

The six-strong board of fleet decision-makers’ organisation ACFO has been evenly split between men and women since 2014.

READ MORE: Equality: Women in fleet should set up their own networking group

John Pryor, chairman of ACFO, believes it’s a reflection of the changing nature of fleet management.

“It’s not now the ‘tyre kickers’,” he says. “It’s people who can manage contracts and processes and operations and understand complexities.”

How many women choose fleet as a career and how many simply ‘inherit’ the fleet because it gets added to their existing role in HR, finance or procurement is debatable. But for some women it turns into a career for life.

Both Fleet News Hall of Fame members Val South, fleet manager at Xerox, and Julie Jenner (below), the first female chairman of ACFO (2006-2013), were ‘handed’ the role when working as secretaries.

For South that was 39 years ago at Xerox while for Jenner it was 27 years ago when she was working in personnel at Homepride. 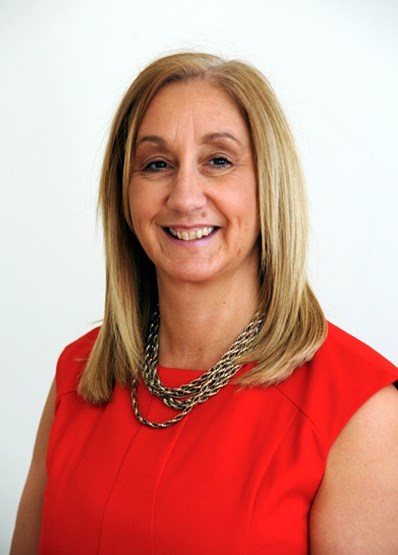 Jenner recalls: “The personnel director, who had responsibility for fleet said, ‘this is going to be part of your job as well’.

"I was like ‘really? I’m not that interested in cars’ but it just grows on you and I do believe to this day that fleet is like Marmite – you either love it or hate it and people who go into fleet either get out very quickly or they stay in it for years and years.”

Julie Madoui, head of fleet and transport at Skanska and fleet manager of the year at the 2017 Commercial Fleet Awards, agrees.

“When I interview people, particularly if they’ve not worked in the field before, I normally say, ‘you will either love this or you will hate it’.

"It’s very reactive, it’s very fast-paced and you just don’t know what is coming next and some people can’t cope with that,” she says. 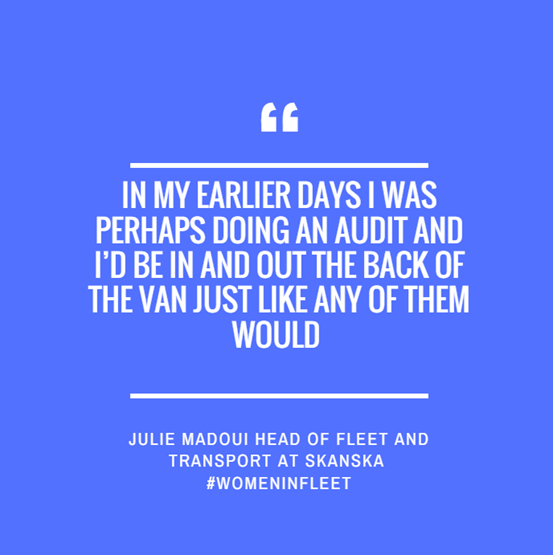 “It could be an urgent breakdown that goes completely wrong and it’s a vehicle that is required for an emergency job and then you have to go to find something else quickly.

"It could be reacting to legislation changes, there are lots we’re having to incorporate into policies and procedures, so it comes from all directions.”

Madoui has been involved in the fleet sector for a little more than 20 years and felt the need to “prove herself” and “earn people’s trust” earlier in her career in what was then “a very male-dominated career path”.

How did she overcome that?

“If people also see you’re prepared to muck in that earns you respect. In my earlier days I was perhaps doing an audit and I’d be in and out the back of the van just like any of them would.”

Jenner believes it was more difficult to be a woman in the fleet industry 20-25 years ago. 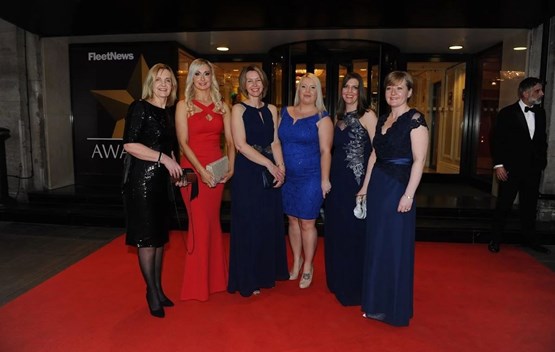 “You would go to an event and it would just be a sea of dark suits – all men – and you would see an occasional flash of colour where a woman was there wearing something slightly different whereas now there are so many more women,” she says.

“I do believe I had to work harder for credibility because cars, not necessarily fleet, just cars in general, tend to be a male-dominated environment.

"I had to make sure that everything I was saying was accurate so nobody could say, ‘typical girl, she doesn’t know what she’s talking about’.”

Jenner went on to manage Nokia’s fleet (900 cars at its height) for 10 years until 2004 when she switched to the supplier side as key solutions manager at GE Capital Fleet Services (now Arval).

Her current role, as international business manager at Arval, sees her responsible for a portfolio of clients across Europe who have EMEA fleet policies.

It involves everything from ensuring the right OEM terms are shared across the countries when they have negotiated deals at EMEA level to understanding how taxation works in different countries, to helping clients develop their fleet strategy.

“I get to see some very nice places – and a lot of airports!” she laughs. 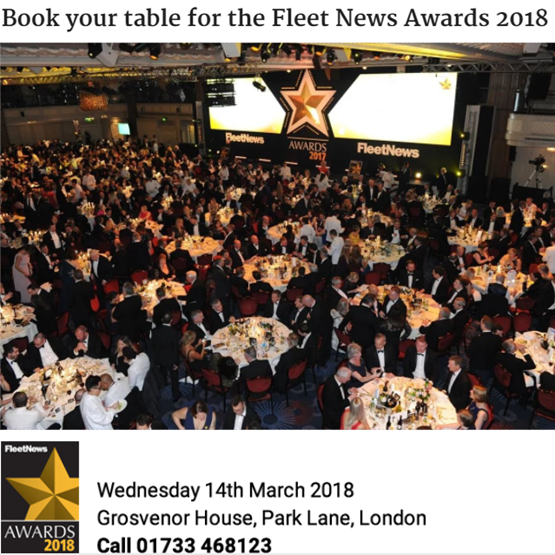 For both Jenner and Madoui, it’s the diversity of fleet that appeals to them.

Madoui says: “You have to get involved in so many things – leasing, finance, HR, operations, environment, health and safety – and you’ve got to juggle all of these different things together.

"In my career pattern I’ve done transport, I’ve done plant, I’ve done plant and transport. As I’ve taken on more over the years I’m really now focusing on the strategy and the service level and what’s the right model for the operations we’re supplying to.

"It’s so multi-disciplined which, I think, makes it really enjoyable because you’re not just doing one aspect of it.”

Madoui’s colleague Alison Moriarty, fleet risk and compliance manager at Skanska for the past four years, got into fleet at a previous company when she had what she describes as her “light bulb moment” and has never looked back.

“I was the group health and safety manager at a large UK company and I happened one day to sit down and start talking to the fleet manager and couldn’t believe the amount of incidents we were having,” she says.

“We had a really good safety record in terms of general health and safety but no one was really looking at the safety element of fleet.

"I then became very interested in that, realising how dangerous having vehicles is and the amount of risk, not just for our drivers but everyone else who uses the road, and we’d got a large fleet. So I moved into road risk rather than general health and safety for that reason.”

“It is great for networking but it’s also good to be regarded as an influencer. Given we are active in the things we’re involved with we both feel like we make a difference,” Moriarty says.

READ MORE: Enterprise Rent-A-Car named as one of the top 50 employers for women

She believes women have moved from administrative roles in fleet to more senior positions. Skanska now has three female managers within its seven-strong fleet team, for example.

There are also signs of change within the leasing sector. The UK’s biggest leasing company, Lex Autolease, has an equal male-to-female ratio on its board and there are women at director level at LeasePlan and Zenith, for example.

In the past 12 months twice as many women received promotions as men at Zenith.

More than half (58%) of the British Vehicle Rental and Leasing Association (BVRLA)’s workforce is female. 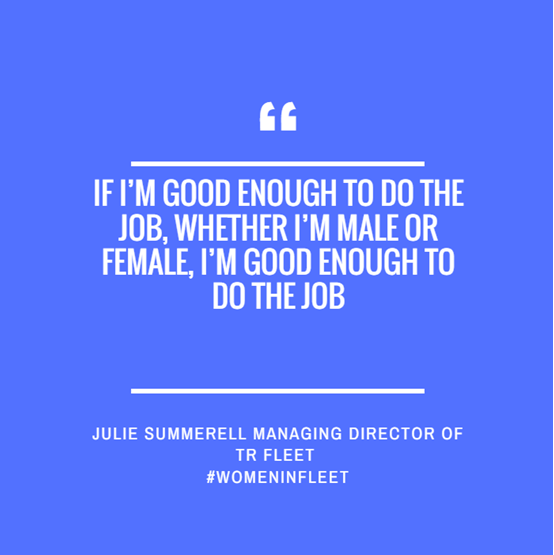 Its chief executive Gerry Keaney says: “We are starting to see more women in the fleet industry, which is a positive thing, although there is clearly still an issue of under-representation.

"A diverse workforce brings a wider range of thinking and that is what is needed for businesses to innovate and deliver the best service to meet the needs of an increasingly broad customer base.”

Yet there is still only one female MD/CEO in the FN50 (Samantha Roff of Venson Automotive Solutions) and, while there are women at board level in car manufacturers and also within the fleet teams, there are currently no female fleet directors or heads of fleet.

How to get more women into senior positions in fleet is open for debate.

Many women are against the idea of businesses having a gender quota because they fear it has negative implications – it could lead to suggestions they have been given a role to meet a target and not because they were the best person for the job.

However, others believe quotas are needed to measure progress and to help prevent unconscious bias and raise awareness of the need for diversity.

Lex Autolease and the VW Group both have quotas for management positions, while Zenith has one for its apprentice and graduate intake. 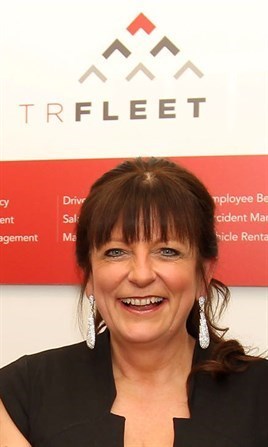 Roff suggests businesses must look at why they are not attracting women to senior positions and work to address those factors. That might mean introducing flexible working or mentoring schemes but they should be applied equally.

TR Fleet supports staff – male and female – through an ‘all about you day’ where Summerell invites a member of staff to take part in an activity of their choice so they have her undivided attention.

“It gives me time to understand the members of staff – what their career aspirations are – and that really does help,” she says.

There is still a need to change perceptions about the fleet sector and raise awareness of the different roles available.

Sally Warren, head of fleet maintenance at Royal Mail, says that businesses need to “educate people that it’s the not the ‘greasy, dirty environment’ that many still think it is”.

Royal Mail Fleet is investing and developing future talent through its apprenticeship programme. As part of a company-wide focus on diversity it has created a female technician network to improve and enhance the experience, as well as attract new female talent into other roles.

Time will tell which women (and men) become the next heads of fleet, managing directors and Fleet News Awards winners.

And in 10 years’ time, if predictions about the advance of electric, autonomous cars and the shift to Mobility-as-a-Service are correct, the fleet sector will have evolved again, attracting new people with new skillsets.

One day we might even look back and wonder why we had a conversation about women in fleet.

Enterprise Rent-A-Car has been recognised for its leadership on workplace gender equality.

Equality: Women in fleet should set up their own networking group