In the spotlight: Alphabet GB 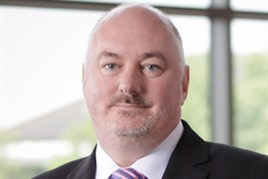 Richard Schooling had set a target of 60,000 vehicles on the risk fleet.

It would be achieved by organic growth, with a deadline of 2015.

In a single stroke it took Alphabet’s UK fleet size from a little over 47,000 vehicles to almost 95,000 – and straight into third spot in the FN50.

Time for a quick re-write of the business growth strategy then? “Our growth strategy from last year still applies: Alphabet alone would’ve been just over 50,000 by the end of 2011,” insists Schooling.

“We still plan to grow organically this year but, of course, our opportunities have increased with the acquisition of ING.”

The fundamental drivers for the original strategy may remain unchanged, but the numbers have moved considerably.

Alphabet GB is already above 100,000 – unlike most large scale acquisitions, this one has not required any rationalisation of the merging fleets – and Schooling has fixed his sights on 130,000.

Or as he puts it, with a mischievous grin, “one car more than LeasePlan”, to take second spot in the FN50.

The point about rationalisation is a salient one. The Lex-Lloyds TSB Autolease merger from 2009 has shed 91,800 vehicles to-date; Leasedrive-Masterlease had shipped 13,000 vehicles by the time of last year’s FN50.

But Alphabet-ING has not lost customers. Not only that, no-one has been made redundant.

“Less than 2% of our customer partners had a relationship with both companies and only 12 companies with more than three cars,” says Schooling.

“We could identify those companies and establish a way to work with them as a single organisation right away.”

Prior to the acquisition, Alphabet’s fleet was around a quarter BMW, while premium as a whole was 40% to 45%. ING changes the mix with its greater bias towards mainstream marques.

It also brings a heritage business in the public sector, an area that Alphabet had only recently started to target, and a strong presence in the van market.