In the spotlight: Avis Budget UK 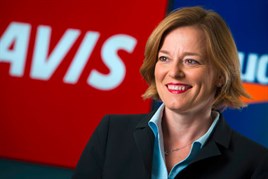 The £300 million acquisition of Zipcar this year gave Avis a major foothold in the rapidly-growing car share sector.

Hertz and Enterprise Rent-a-car have already launched their own car share operations but, with Zipcar, Avis has overtaken them to become the world’s biggest car club.

Although highly fragmented in the UK, car share is gaining traction with some major corporates.

“There is a lot of appetite for corporates to talk about all of the services that we can offer,” says Kaye Ceille.

“It’s very London-centric at this point but we are looking at airports in the south to roll Zipcar into, as well as major conurbations.”

However, Avis has no plans to absorb Zipcar into its own business.

“It has a unique culture and we want to preserve that,” says Ceille. “But there are back office opportunities, for example how we negotiate and utilise our vendor relationships.”

Kaye Ceille has been managing director at Avis Budget UK since March 2012. She began her industry career with Budget Rent A Car as a sales manager in 1997.

During her tenure with Budget, she was promoted to positions of increasing responsibility, including regional director of sales.

Ceille joined the Avis Budget team in 2003 as vice-president of travel industry relations where she led the development and implementation of a dual-brand strategy and directed domestic travel industry sales for both Avis and Budget.

Under her current role, Ceille looks after more than 335 rental locations in Britain.

She holds a number of roles with the US Travel Association including serving on the Executive Board, the Finance Committee and the Strategic Planning Committee.