In the spotlight: Fleet Evolution 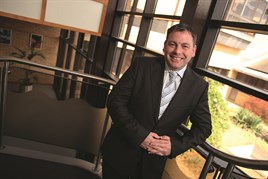 Fleet Evolution believes it has found a niche in the car salary sacrifice market: SMEs.

While other providers shy away from SMEs, preferring to focus on the large corporates who have the employee mass to achieve the right levels of take-up and make the administration of the scheme worthwhile, Fleet Evolution actively targets small businesses.

Its smallest customer has just 17 employees; its largest has 2,500. In between are a number of companies that typically have 80, to 400 employees.

Fleet Evolution will put a scheme in provided there are three orders and the company has a high staff retention rate.
“If you’ve got 90% retention it’s pretty much a risk-free benefit,” says Andrew Leech, managing director of Fleet Evolution.
That retention rate doesn’t have to be across the whole company.

“You don’t have to open the scheme up to all employees, it can be a select group,” he adds.

It’s an approach that is working. Fleet Evolution has doubled its customer base over the past year, although from a low base (from 20 to 40), and currently has 300 salary sacrifice vehicles with an average of 30 vehicles being added every month.

Leech predicts that the business will double its fleet size year-on-year for the next three years.

“At the end of three years we aim to be up to about 1,500 cars and employing up to 30 staff,” he says. In theory, this should see Fleet Evolution sneak into the FN50. The lowest entrant in last year’s FN50 had just over 1,200 vehicles.

Much of the answer lies in the fact that Fleet Evolution focuses on salary sacrifice, rather than it being one of a number of products available, and can therefore dedicate the time and resource to put schemes in place for SMEs.

Its Salary Sacrifice Lite package, specifically for organisations with 20-200 employees,  involves no set-up cost for the SME and very little administration.

“We only use one employee pack to vary the contract with the employee and employer. By doing that we can get schemes set up quite quickly and simply.

“Fleet Evolution was built from the ground up for salary sacrifice cars, that’s why we can bring out things like Lite and make it work.”

How long it takes to implement the scheme depends on circumstances. If a company has complicated pension arrangements and union involvement it could take six weeks to put a scheme in.

“Once the scheme is in, it takes an hour a week of someone in HR’s time to counter sign orders, check tax codes and salaries, make payroll amends – which we advise them about – and pay an additional supplier,” says Leech. “We do everything else.”

‘Everything else’ includes writing to the employee on the company’s behalf to confirm the salary sacrifice arrangement, P46 and P11D reporting, risk management (such as driver licence checking), writing variations to employees’ contracts and submitting the scheme to HMRC, as well promoting the scheme.

“We have different people looking after different geographical areas. It means that when someone calls they will always speak to someone who can guide them through the scheme.”

Fleet Evolution’s management fee is included in the contract so, in effect, is met by the employee, according to Leech. There are no upfront fees to put the scheme in place.
“We’ll give them access to our quote engine before they commit,” he says.

“We give them evaluation log-ins so they can go in and circulate to employees and make an informed decision about whether they think there is enough demand.”

Take-up rates for car salary sacrifice schemes are usually around 5% but Fleet Evolution typically achieves 7-8% in year one with some customers seeing take-up rates of 15-20%.

Lower take-up rates occur at organisations where the VAT can’t be reclaimed, such as charities.

“We’re very aggressive about scheme promotion,” says Leech. “We do a launch on site, no matter how small the customer, so we can go there and sell it.

“With larger customers, we go back every three months and do an updated launch to any new starters they’ve had or anyone who maybe wasn’t interested the first time but is now.”

“Every week we send employees an e-shot detailing motoring stories and special offers,” he adds.

“We tend to do lot of poster activity around site as well as we have a lot of customers who don’t use email.

“We design the posters, agree the format with the customer and then we get them printed and sent out to the customer.”

There tends to be two big spikes of interest: at launch and when people start getting vehicles delivered.

“It’s not like childcare vouchers where if I took that option no one in the office would be any the wiser,” Leech says.

“The second someone sees a new car arrive it prompts a conversation.”

Understandably one of the hot topics is how much an employee saves through salary sacrifice.

Leech says that the employee should save roughly 30% compared to leasing direct and the employer will save on National Insurance.

All schemes are set up slightly differently so the savings can be greater for either party.

Leech advises employers to pass most of the National Insurance saving back to the employee so that the scheme is purely an employee benefit.

“We encourage the employer to retain some so if there is ever a situation like someone going off long-term sick they are protected against risk, they have a financial buffer there,” Leech says. “But a lot of our competitors will say if you’re going to save £50 a month take that as a saving. We don’t do that.”

Provided six payments have been made before an employee leaves they can hand the vehicle back.

Leech also recommends putting a car salary sacrifice scheme in alongside an existing company car scheme rather than in place of it, unless drivers are travelling less than 5,000 miles a year.
A CO2 emissions cap of 140g/km is set for the Lite product and recommended for all customers to achieve greater savings and promote it as a ‘green scheme’.

Leech says the two biggest challenges his company faces are awareness in the industry, especially as SMEs may not be aware of salary sacrifice for cars, and getting SMEs to understand that salary sacrifice can work for them.

“We spoke to a potential customer today and they said ‘oh no, salary sacrifice wouldn’t be right for us, we’re too small’,” Leech says. “We’ve re-educated them and they are now more open to it.”

The Nissan Leaf was Fleet Evolution’s most ordered car last year with 27.

“For a high rate taxpayer the top trim works out about £220 a month,” says Andrew Leech. “It covers 100 miles and is well reviewed by our customers.”

Electric vehicles are most popular with Fleet Evolution’s customers in the north east as they have the most extensive charging infrastructure.

However, Leech is seeing increased interest in electric vehicles thanks to new product Electric Flex, which allows a driver to bundle in seven, 14, 21 or 28 days hire of a vehicle of their choice. It typically costs £15 a month for 14 days hire, depending on the vehicle. The hire days can spread throughout the year.

“We expect 70% of the people that take electric cars to upgrade to Electric Flex,” says Leech. “We’ve also seen people take the Leaf with this option who had ruled out electric cars previously.
“With some customers we’re expecting a 50% uplift in the number of electric vehicles they order.”

Leech admits vehicle downtime can be an issue with electric vehicles because dealers don’t always have the necessary expertise, but things are improving.