In the spotlight: Fleetmatics 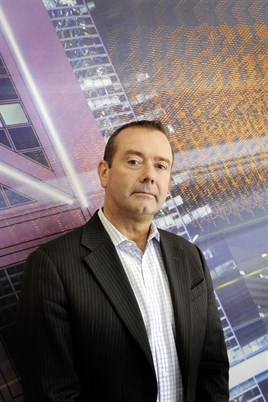 It was a start-up just 10 years ago, but today Fleetmatics is a major player in the telematics market with a multi-million pound turnover.

It has a global reach with operations in Ireland, the UK, mainland Europe, the US, Australia and Mexico, and has won its fair share of plaudits along the way.

In October, the company was named as the largest provider of fleet management products in the Americas by Berg Insight and, in May, ABI Research said it was the fleet management technology market leader in terms of vehicle market share.

It’s been a meteoric rise for a business that began life above a shop in Dublin.

“We set-up in a very small office above a convenience store in a run-down part of Dublin and at the same time opened a small premises in Reading,” says Derek Bryan, European sales director, at Fleetmatics.

“We had no order book, no brochures, no website. We just started selling through referrals and cold calls.”

Despite the obvious hurdles, Fleetmatics began to gain traction in the domestic market, but recognised that greater sales opportunities lay further afield.

Bryan adds: “We very quickly realised that the American market was not only massive, but the penetration level of these types of technologies was almost non-existent, so we decided to focus on the US in the early years.”

The company rapidly began to win fleet business after opening offices in Boston and Chicago. “Our growth was fantastic,” he says.

It helped build the foundations for a business which now has employees in five countries on three continents.

Bryan had first seen the potential of telematics 12 years ago when he was working in the telecommunications industry, selling mobile phones.

He had been asked by a business to trial a telematics system in his company car.

“A weird thing happened,” says Bryan. “Over the following few weeks, because I knew there was something in my car, I noticed my behaviour was changing.”

It was enough to persuade him to join the company.  Two years later, he became one of the founding members of Fleetmatics.

The business was floated on the New York Stock Exchange in 2012 and today Bryan is responsible for European sales, while also looking after the company’s recent foray into the Australian market.

He says: “We are really focused on the service industry as an area of growth; even though we have massive companies like Comcast with 25,000 vehicles, the average company we sell to operates 15 to 20 vehicles.”

In terms of technology, he admits Fleetmatics doesn’t have anything that is vastly different from its competitors. “What we do have is a very reliable technology that is delivered via a SaaS (software as a service) model,” says Bryan.

“There is no upfront cost, low monthly subscription, full lifetime warranty and no hidden costs.

“It’s easy to understand and very intuitive, and I think those features coupled with our very strong sales culture has been the key to our success.”

Fleetmatics collects more than two billion data points a month and since it started has gathered in the region of 75bn.

Bryan says: “We have now got a wealth of information about vehicles, the movement of vehicles, idling times, speeding and distance travelled.” It has tracked about 27 billion miles and having such a vast quantity of data has enabled fleets to benchmark their performance to identify where improvements are possible.

“Unlike other companies, we never lose or dispense with your data,” he adds. “This means you can look back and see how your business has evolved and how trends have impacted your company over many years.”

Bryan is also particularly proud of the reliability of the  Fleetmatics system, with current uptime figures running  at 99.998%, similar to those achieved by major internet search engines.

He says: “The reason why we are successful in winning contracts in the cash-in-transit business, for example, is because of the bulletproof nature of our system.”

The company’s offices in Dublin are home to 150 software developers who pore over dozens of screens checking and rechecking data flows to find any inconsistencies.

“We’ve never lost a data point,” he enthuses. “Out of those two billion data points we are collecting every month and the 75 billion we’ve collected since we started, we’ve never lost one. That creates a confidence around us to sell our system.”

However, the reasons why fleets are embracing telematics technology in growing numbers is more complex than it was a few years ago, according to Bryan.

Fuel efficiency is still a big draw, but health and safety has also come to the fore.

“Health and safety has moved up the rankings in terms of importance, whereas when we started it was at the bottom of the list,” he says. “Now, it’s not unusual for it to be a company’s primary reason for adoption.

“We recently fitted a system into Lafarge Tarmac and its primary focus was health and safety.

“Yes, it liked the idea of fuel efficiency; yes, it liked the data on CO2 emissions – in fact, CO2 was second – but productivity, which was why a lot of companies have had systems fitted, was further down the list.”

It has meant that Fleetmatics has had to adapt its technology to meet those changing customer demands. Earlier this year, it expanded its product offerings with the introduction of a platform and three products with new features – Fleetmatics Reveal, Fleetmatics Reveal+ and Fleetmatics Work.

Bryan says: “At one stage, we used to see sales people compete for business with other companies based on the number of reports their particular system could generate.

“We have now moved away from that and actually discourage report-based interrogation of the system. Instead, we try and deliver business intelligence through dashboards and benchmarking without having to run a report.”

It is clearly paying dividends. The company now has approximately 523,000 subscribed vehicles globally and is adding in the region of 12,000 vehicles per month.

Bryan says: “That’s driven primarily by small to medium-sized businesses and a very high percentage of our customer acquisition, particularly in the UK, taking existing systems out to put our system in.”

HGV fleets were among the earliest adopters of telematics and over the past few years its reach has extended to van fleets. However, the technology’s penetration into company car fleets has, so far, failed to take off.

“That’s the next level of growth for the industry,” says Bryan. “By and large, fleets have not implemented telematics, but times are changing.

“We are currently talking to some large organisations where they are looking at fitting the system into their commercial sales fleets.”

Bryan admits there is still a reluctance to fitting telematics into a company car because they tend to have a degree of personal use. However, changes around the technology, with the development of privacy features, are allowing obstacles to adoption to be overcome.

“The return on investment is there,” says Bryan. “It’s how you implement it.”