In the spotlight: Grosvenor Contracts 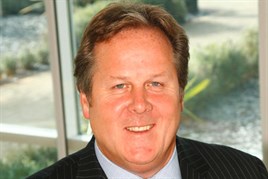 With most leasing companies desperately incentivising fleets to extend contracts in order to stem losses, the need to accurately predict residual values and stay close to the market were brought into sharp focus.

One of the most important elements of a leasing company’s business to get right is the price at which it sells its vehicles. Hitting forecast RVs should be a leasing KPI that every fleet puts into its service level agreement.

Many leasing companies saw tens, if not hundreds, of thousands of pounds wiped off their balance sheet during the slump; the threat of business failures was only alleviated by the rapid recovery of values in 2009 and, according to some industry insiders, a spike in end-of-contract charges.

In contrast, Grosvenor Contracts escaped the slump with barely a scratch thanks to a consistent pricing strategy.

The top 25 independent leasing provider has always taken a novel approach to ensuring its residuals were set at the right level by selling vehicles via its own used car operation.

Established in 1981 by current chairman Brian Johnson, Grosvenor set up its first used car centre in Kettering in 1983.

Managing director Shaun Barritt, who joined two years later, says: “We saw there was an opportunity for us to maximise on disposals by selling them ourselves at the end of term.”

In 2000, Grosvenor moved the used car business to a new mega-store in Croydon, merging it with a bodyshop operation bought in 1985.

Initially the centre handled around 80% of Grosvenor’s fleet; now it takes around 30%. The rest goes to auction or is sold to the driver at the end of contract.

Part of the reason for the change in volume is down to Grosvenor’s growth; the other factor is the recognition that the used car centre needed to be run as an autonomous business.

Barritt explains: “If the outlet can choose what they take, it means our residual values will be based on true retail values.”

This helps when setting residuals, particularly with the insight about which vehicles do and don’t sell in terms of brand, colour and specification.

“We use that information when we are advising our customers and in the way we structure and review our own residual values,” Barritt says. “It ensures the mix of fleet is right.”

The bodyshop business is another USP. Initially borne out of necessity to do repairs itself, Grosvenor now uses it as a preparation centre, smart repairer and a processing plant for end of contract vehicles and for its Vauxhall and Peugeot dealerships (another 1980s acquisition).

“Vehicles need to look the part before they go through auction,” says Barritt.

“We have achieved a slick way of doing this. A lot of buyers will buy our cars online rather than go to the auction site because they know they will be clean. This helps us to achieve high conversion rates at auction.”

Barritt adds: “If you don’t do the work on the vehicle, it’s not just the price that is lower; the conversation rate is also affected. It’s false economy not to do it.”

While many leasing company bosses remain wedded to their ivory towers, Barritt can be regularly found walking the floors of the auction centre.

It helps him to identify fluctuations in the market and make early decisions.

“Unless you are there yourself, you can’t get a good feeling about where the market is going,” he says.

“For example, this year I can already see that the market for used cars is slowing down quicker and earlier than in previous years. Buyers aren’t there in the same numbers. They aren’t buying online either.

“This helps us to make decisions about the number of vehicles we want to push through auctions. Perhaps we will keep some until January when the market tends to lift.”

One of the biggest criticisms auction companies have of leasing providers is their reluctance to accept bids that fall short of their reserve price – usually close to CAP Clean.