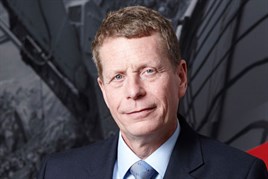 A £100 million war chest, made available to Hitachi Capital Vehicle Solutions in the past 12 months, has already helped the Newbury/Trowbridge-based business (it has separate head offices for cars and commercial vehicles) secure significant growth.

It has also increased its workforce by 40%, recruiting 100 people in the past year to create a staff of 350, who will be based in new purpose-built offices from May next year.

Simon Oliphant, chief executive of Hitachi Capital Vehicle Solutions, says: “The main business is in Japan, with subsidiaries in the US, UK and parts of Asia.

“The US is going to be used as a platform to expand into North America and South America, and we in the UK will provide the platform for Europe.

“Vehicle management and leasing is seen as a key strand of business Hitachi Capital wants to see expanded.”

In the UK, Oliphant’s agenda for growth includes an assault on the SME sector, which he says has been accelerated thanks to the acquisition of 9,000 vehicles from Lombard Vehicle Management (LVM) in April.

Oliphant explains: “When I look at any new product, market or strategy, I have three options available to me: buy, build or partner.

“SME was very much a build: build our own resources and our own expertise in that area, but then Lombard came along and gave us the opportunity to accelerate that.”

Hitachi Capital Vehicle Solutions had previously secured a contract to run the RBS fleet from LVM in December,

2012, and its dealings with LVM’s parent company helped pave the way for the acquisition, according to Oliphant.

LVM had been intent on running down the remaining contracts before changing its mind in February and going out to market.

Hitachi Capital Vehicle Solutions was chosen as the preferred bidder and was given the green light on March 1 to transfer the 9,000 cars and vans, operated by around 3,000 businesses, before April 1.

Oliphant believes that the tried and tested protocols and procedures honed during the RBS fleet deal helped it secure the LVM portfolio.

He says: “I believe that was one of the factors that featured in their decision-making process. We had already proved we could do it.”