In the spotlight: Hitachi 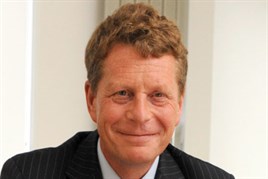 Contract hire and leasing companies have been gradually shifting their business proposition from vehicle funders to fleet management companies.

Funding issues forced some into it, while others have simply reacted to the growing trend for fleets to outsource key elements of their operations, a trend which has resulted in a flood of new fleet management firms.
Hitachi Capital Vehicle Solutions was one of the early adopters.

Its journey from leasing business to a fleet management provider began almost 12 years ago. Back then it provided funding for around 12,000 vehicles.

The acquisition of Trowbridge Commercial Vehicles provided the momentum for change, giving the business its first foothold in the truck and van sector, and that impetus accelerated with the purchase of a driving instruction business in 2008.

“Cars are about the right policy and driver liaison,” he says.

Hitachi Capital’s experience of acting as a fleet management company to van fleets quickly spilled over to the car side.

The subsequent growth – including a doubling of the commercial vehicle and driver instructor business in the past three years – has resulted in some lengthy conversations about whether its structure was fit for purpose.

“We decided that as it was, it wasn’t scalable,” says chief executive Simon Oliphant.

The first step was to appoint Robert Wastell as managing director of the car operation. Wastell and Laws both report into Oliphant who is now freed of his car divisional duties to focus on strategy and acquisitions.

“We have done nine acquisitions since I joined the business ,” Oliphant says.

“The last one was NVR and we reacted when an opportunity came our way. We would like to do more, but do it proactively.”

Around 70% of customers take both cars and commercial vehicles, although “it doesn’t usually start out that way”, according to Lawes.

“They usually take commercial vehicles first and when we prove ourselves then we have a conversation about the cars,” he says.