In the spotlight: Hyundai 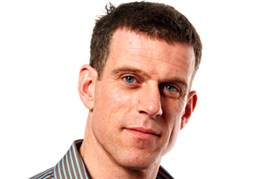 The rapid expansion of the Korean carmakers from budget brands to mainstream is well documented, but it’s only when standing back and looking over the past decade that you see how quickly progress has been made.

Hyundai – and its sister brand Kia – has been in the forefront of this revolution.

Just 10 years ago the product line-up was a rather oddball mix of cars that seemed to overlap segments in terms of their size, a rather attractive small coupé, and a large car that seemed to blend the traditional styling cues of a Jaguar S-Type on a cheap D-segment saloon.

The Hyundai Coupé could be taken relatively seriously, but other models just didn’t measure up with mainstream rivals other than to undercut them on price.

The same year Hyundai became the first car manufacturer to increase its warranty beyond what had become the norm of three years/60,000 miles to five years/unlimited mileage.

It wasn’t big enough to prompt others to offer longer warranties, but it signalled the intent that Hyundai wanted a bigger slice of the UK market.

Since then the marque has made inroads into the mainstream, developing competitive diesel engines and cars that align themselves better with European and Japanese rivals.

In 2011, Hyundai’s fleet registrations climbed almost 50% compared with the year before to 27,905, giving it a healthy lead over brands such as Volvo, Seat, Skoda, Mazda and Honda.

But improved products are only part of the battle when it comes to growth in sales, and success in fleet comes from performing well in other key areas.

He says: “This is probably the time for us where we need to make sure we communicate with as many customers as possible.

"Having a competitive D-segment car makes us more accessible to more fleets.

“Without that we wouldn’t have many fleets looking at us for solus business or dual-badge supply. It isn’t the
biggest segment, but it’s important as a halo for other cars in the range.