In the spotlight: Mercedes-Benz Vans 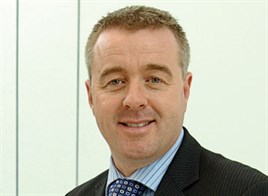 The light commercials market has exceeded even the most optimistic of predictions this year, surging ahead by 21% compared to the corresponding period in 2010.

Companies that had deferred their van replacements during the recession have returned to the market in significant numbers.

In addition, continued growth in the home delivery sector has supplemented the mounting demand.

The picture is not rosy for everyone, however.

Two of the mainstream van manufacturers – Citroën and Mercedes-Benz – have seen their sales and share of the market dip year-on-year.

In Mercedes-Benz’s case, a shortfall of 8.7% amounts to a sizeable 2.22 percentage point fall in market share to 6.85%. It has slipped from fourth to sixth place.

Bridge is upbeat, bullish even, about Mercedes-Benz’s performance.

He points to the fact that Mercedes-Benz does not compete in the pick-up sector, up 38% year-on-year, which accounts for 10% of all van sales, or the car-derived van sector “at the moment”.

And while he concedes that the company is “not keeping pace at this point” with the 20%-plus rise in the medium and large van segments, he says: “You have to judge the position at the end of the year – it’s all about the timing of the big deals.

“We know what order intake we have and we will drive the market increase in the second half of the year. Other manufacturers have driven the market in the first half.

"Some of our annual volume commitments with big customers tend to happen towards the end of the year.”

He adds: “People get too hung up on January to December and the monthly figures; some manufacturers are a slave to that and to achieve the figures they register to themselves. It’s crazy.”

However, Bridge recognises that Mercedes-Benz has some work to do to challenge the perception that its vans are expensive.

He believes too many purchase decisions are based on the front-end price when they should be based on affordability – the operating costs plus acquisition or lease cost.

“We have adjusted the way we go to market to work on an affordability message rather than the upfront price,” he says. “It takes time for the retail network – and fleets - to embrace this, but we are sticking with it.

“Many fleets don’t know the weekly cost of their vans. Some big fleets spend 99% of their time looking at the fuel performance of their trucks and 1% on vans.

"They are too focused on individual mpg rather than total fleet mpg.”

However, the situation is changing as the cost of fuel continues to rise. Fuel efficiency has, for the first time, risen to the top of the agenda for many fleet operators.

“It used to be their second or third concern. Now their first question is: ‘what does it do to the gallon?’,” says Bridge.

Bridge is optimistic about future sales in the van sector. He points to the Government’s own data which shows a steady growth in traffic levels over the next 20 years.

Meanwhile, emissions-based legislation tackling CO2, NOx and other particulates, plus a growing need to deliver goods to residential areas with narrower roads, will force more companies to downsize out of 7.5-tonne trucks into 3.5-tonne vans.

The priority for Mercedes-Benz is to be in the reckoning for those sales.

“We like to be on the subs bench for customers that are loyal to another brand so that if they fail, we step off the bench,” says Bridge.