In the spotlight: Volkswagen Group Leasing 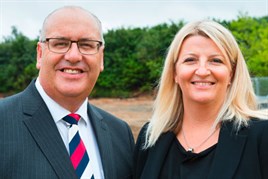 Question time: what is the fastest-growing leasing company in the UK?

In terms of absolute volume, it’s BMW-owned Alphabet, thanks to its acquisition of ING in 2011.

However, strip away the impact of mergers and purchases, and the honour goes to another manufacturer-owned contract hire company.

In both organic and percentage terms, Volkswagen Group Leasing is the UK’s fastest-growing leasing company – and by a considerable margin.

In 2006, the company provided funding for 9,726 company cars and vans, according to FN50 figures.

That’s an unprecedented growth rate of 670% over the seven-year period (Alphabet, by comparison, grew by just under 200% over this timescale).

But Volkswagen Group Leasing (VWGL) has no plans to simply consolidate its position as the UK’s sixth-largest leasing company: it wants to be top three. By 2018.

That amounts to a further doubling of the risk fleet over the next five years. Set five years ago as part of a medium-term business plan, it’s a bullish target, particularly when the journey does not include any acquisitions.

For Wheeler, the priority is more about achieving the 150,000 threshold than getting to the top three.

“Whether this is top three or top four doesn’t matter; it’s about growth,” he says. “The opportunities that will come our way will allow us to get to that portfolio size.”

Like most of its manufacturer-owned leasing rivals, VWGL has evolved into a multi-marque offering – it leases every type of car and van make to fleets.

“Our biggest strength as a captive is the brands within the Volkswagen Group umbrella – there’s a solution for every customer. But we won’t push our own brands over others,” Wheeler says.

Approximately 80% of its business is its own brands – primarily Audi, Skoda, Seat and Volkswagen – but that’s a gradual softening of its position.

Just three years ago, those brands accounted for 95% of the risk fleet.

Wheeler adds: “We have to offer everything if we are to be successful in the large corporate marketplace.”

Alongside joint managing director Lisa Stacey, he recently broke ground on the site of a new head office in Milton Keynes.