In the spotlight: Volvo 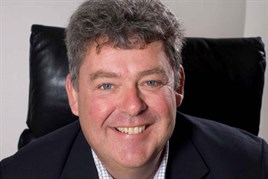 Selwyn Cooper, the man at the helm of Volvo’s corporate sales, must have breathed a sigh of relief when the brand’s first premium five-door hatchback (the V40) was unveiled at the Geneva Motor Show last week.

The V40’s launch means that Volvo finally has “a true contender” in the C-segment.

Up until now, Volvo’s presence in that sector has rested with the three-door C30 and that was a “real handicap”, according to Cooper.

Having the V40 should help to win new customers as well as expanding the brand’s offering to current customers who have Volvos on the choice list only at management level.

Supply will be limited this year – 2,000 to 2,500, with the first customer registrations taking place in September – but Cooper wants to achieve an advanced order bank of 4,000.

His confidence in the V40 has been buoyed by positive feedback from key influencers in the fleet market who were given early access to the car.

The general feeling is that it will “get people to reappraise the Volvo brand”.

He says that granting early access was “a massive leap of faith” as Volvo was the type of brand that wouldn’t even admit a car was coming until the official launch.

The move is part of the brand’s desire to increasingly treat contract hire and leasing companies as business partners.

“We want to work closely with leasing companies so they understand the Volvo product and how it can work for their customer base,” he says.

Last year more than 70% of Volvo’s sales to fleet/end-user customers were via a leasing company and that is expected to increase. They have a key role to play in Volvo’s growth.

It’s no secret that Volvo has set high sales aspirations.

Cooper is keen to point out that Volvo won’t be relying on short-term change cycle business to reach that target.