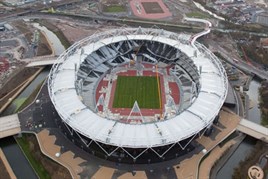 The Olympic Games is the biggest event that happens on the planet, involving 26 world championships, millions of spectators and tens of thousands of athletes.

The disruption to traffic will be enormous and fleets are being urged to take steps now in preparation.

London 2012 will officially get underway on Friday, July 27, and closes on Sunday, August 12, before the Paralympics takes centre stage.

It is billed as the second largest event on the planet and runs from Wednesday, August 29, to Sunday, September 9.

London will take the majority of the strain, but with events taking place across the country, the impact felt by fleets will be widespread, delegates at an ACFO seminar were told.

No one solution will suit all operators, according to Ian Wainwright, freight programme manager at Transport for London (TfL).

“What will happen for blood transfusion products or fresh food is very different from what needs to happen for photocopier paper or construction materials.”

The UK will welcome nine million spectators for the Olympic Games and two million for the Paralympics, while they will involve almost 300,000 athletes, officials and members of media.

Wainwright said: “These are a series of designated routes where we will control the traffic lights to speed the journey through, which inevitably means lights along side roads will turn to red.

“However, it is only 1% of London’s road network and it’s only going to operate as and when needed. Once a particular event is finished then that part of the ORN will be switched off.”

TfL has been working hard to dispel several myths that have materialised during the planning process.

Wainwright explained that Games lanes are only implemented where more than one lane is available and they will be in the offside lane, while some will replace existing bus lanes.

And, if demand from official Games traffic is low and capacity on the roads is spare, Games lanes will be re-opened to general traffic using a network of variable message signs.

In all, more than 150 temporary, mobile messaging signs will be used along the route in addition to fixed message boards to give motorists up to the minute information.

The congestion charge will remain in place, as will low emission zone restrictions, and fleet are being warned to be aware of further parking restrictions around venues and near the ORN and PRN.