Insight: is technology the end of speeding? 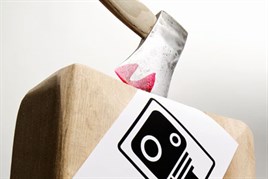 Serious speeding offences are on the rise, according to the latest police figures.

Court summonses are issued instead of fixed penalty notices in cases where the speeding offence is deemed particularly serious.

This means that although the number of fixed penalty notices issued for speeding fell by 6% in 2012 (to 492,479), a growing minority of drivers are committing the worst offences.

Many fleet managers are unaware their drivers are speeding.

More than a quarter (26%) admitted to not knowing what proportion of their collisions involved one of their vehicles breaking the speed limit, according to a Brake survey.

However, a range of technology exists to help tackle speeding. Speed limiters can prevent drivers from exceeding the 70mph speed limit.

They can also be set lower should the fleet manager choose – some opt for 68mph or lower.

Telematics can also be used to highlight which drivers are regularly speeding and whether they are exceeding the lower limits in areas such as 20 and 30mph zones.

If fleet managers opt for telematics, they must act on any data that shows drivers are speeding but, in itself, the technology is not the solution.

However, other forms of technology do have an instant impact without the intervention of the fleet manager.

Intelligent Speed Adaptation (ISA) uses GPS to inform, warn and discourage drivers from exceeding the speed limit on the road they are travelling.

It is estimated that so-called ‘voluntary’ ISA could cut the number of injury-causing road traffic collisions by 10% and fatal collisions by as much as 19%. Mandatory fitment of the technology has not yet been agreed.

The ultimate solution to speeding is driverless cars, the introduction of which is now on the Government’s agenda.

Here we outline the technology options available to fleet managers to tackle speeding.