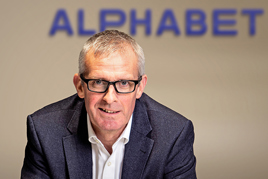 The lines between corporate funding and retail finance are blurring.

Clear evidence is provided by the FN50, which last year revealed that private cars accounted for 17% of the total funded fleet, a noticeable rise from 13% in 2016.

It became the latest major leasing company to react to this trend after former chief executive Nick Brownrigg moved to a group role in the Netherlands.

Mike Dennett, CEO at BMW Financial Services (GB), will also become CEO of Alphabet in the UK from January 1, 2022.

‘Same consultancy as for large corporates’ approach aims to win business in the SME sector.

Alphabet says that demand for sustainable, alternative fleets continued to increase in 2021, with its plug-in portfolio expanding to 46,000 vehicles.