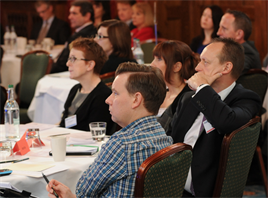 Salary sacrifice car schemes will continue to grow over the next few years, according to Škoda.

Exponential growth in schemes on fleets has already been witnessed over the past few years, and this is already creating greater awareness and understanding of the benefits among employees.

Martin Gay said: “Salary sacrifice cars are treated as fleet, but there is some retail crossover.

“In 2010 we had seven known salary sacrifice customers. In 2012 it had grown to 115, and we saw further growth in schemes during 2013.”
He pointed out that as car manufacturers had been successful in reducing CO2 emissions, a greater choice of cars had become cost effective for employees to choose through salary sacrifice.

Gay used examples from the Škoda range, including the performance-oriented 184hp diesel Octavia vRS estate offering CO2 emissions of
119g/km, putting it into the 19% tax bracket for benefit-in-kind tax.

“It is a retention tool for employers and schemes can attract employees to the organisation offering them,” he said.

It’s an employee benefit that’s been particularly attractive to NHS Trusts, according to Gay, but whether the NHS continues to offer salary sacrifice remains to be seen.

Issues around the effect that salary sacrifice has on an employee’s pension pot has led to suggestions that schemes could be withdrawn from April 2015 (Fleet News, April 17).

It is understood to have been brought to a head because NHS employees will see their pension change from a final salary scheme to an average earnings scheme at that time.

Gay also said there was a need for car manufacturers to be competitive, as the schemes would need to attract employees considering retail purchases.
“More manufacturers are now offering them to end-users, and they must be at least equal to, if not better than, retail offers,” he said.

Škoda has agreements in place with leasing customers for salary sacrifice schemes that are separate from other deals in place to supply contract hire and leased cars.

Mark Morton said salary sacrifice car schemes involve a broad range of interested parties within organisations, making it virtually impossible to come up with a standard package applicable to all businesses.

“It is difficult to achieve a one-size-fits-all approach as there are many internal stakeholders including HR, legal, finance procurement, fleet and communications,” he said. “It has to fit in with other employee benefits as well as the car fleet.

“The level of employee take-up can vary and can depend on the demographic of the work force.”

Morton said salary sacrifice schemes can benefit an organisation’s corporate social responsibility agenda, as they attract vehicles with
lower CO2 emissions. However, they can also be seen as restricting employee choice.

He added that there were, however, elements of best practice that could be applied, as well as potential problems to prepare and make plans for.

Morton said: “The option shouldn’t be presented to staff as an annual decision – it needs to be every three or four years once they have the choice of opting in.

“Generally, a car salary sacrifice scheme will create problems including dealing with leavers, people with a bad claims history and write-offs.

“Funding needs to be available to support long-term absence and other contingencies.

“Cars are an emotive benefit. They are a significant part of an employee’s remuneration package and attract much interest and many questions.”

He also talked about reports that salary sacrifice cars were expected to end as a benefit for NHS employees, suggesting a move from final salary pension schemes to career average pension schemes was encouraging staff to opt out of car programmes.

However, he didn’t expect this activity to be repeated in other public sector organisations.

Salary sacrifice is an alternative to cash allowance and employee car ownership (ECO) schemes rather than a replacement for traditional company car schemes, according to David Fernandes.

“HMRC is becoming less and less friendly towards cash allowance and ECO schemes,” he said.

“The advantage of salary sacrifice is that it’s absolutely certain that there is benefit-in-kind payable and there is no query as to whether or not there is tax evasion going on.

“And from a grey fleet perspective, salary sacrifice vehicles will be fully maintained and insured. It gives you a lot more comfort around risk management.”

He believes that salary sacrifice should replace traditional company car schemes only in “certain circumstances”.

“If the reason you’re running company cars is purely and simply as a perk and a benefit then salary sacrifice might well be the answer,” he said. “But if, as is often the case, your cars are doing quite high business mileage then it’s not necessarily right to only put a salary sacrifice arrangement on the table.”

He recommends running a salary sacrifice scheme side by side with a standard company car scheme.

Staff that do moderate mileage and want to exercise choice can then opt out of the company car scheme and into the salary sacrifice scheme if they wish.

PricewaterhouseCoopers (PwC) is one organisation that has successfully replaced a traditional company car scheme with salary sacrifice because its employees do low business mileage.

Fleet manager Tony Leigh, who also spoke at the event, said that around 12% of the PwC workforce has joined the scheme since its launch in 1996.

“It’s high because it’s a mature scheme,” he said.

Leigh has also encouraged take-up by offering a price guarantee, increased publicity (such as a list of top 10 cars to help employees to choose a vehicle), and additional services (such as discounts for airport parking).