Public charging infrastructure is key for widespread adoption of EVs 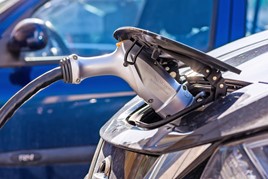 Ask any fleet manager what the biggest obstacles to widespread electric vehicle (EV) adoption are, and an insufficient public charging infrastructure will invariably be one of the answers.

This covers a range of issues, such as the number of charge points, their speed of charge, and their interoperability. But how real is this concern?

“Access to public charging is certainly a perceived barrier,” says Helen Lees, head of electric vehicles at PSA Group in the UK. “But I think the reality is most EV drivers today don’t actually make that much use of public charging.

“If you look at some of the data that comes out of charge point companies, they tend to say that somewhere around 80% of charging is done at home and the other 20% is somewhere between work or destinations such as supermarket car parks or on-street.”

Analysis from KPMG suggests this will change in the next 20 years, with a significant proportion using charge points at ‘transient’ locations such as motorway service areas.

It is clear that, as public infrastructure develops, it will play a key part in the success of EVs.

This is reflected by the huge amounts of money being spent to improve the infrastructure. For example, in autumn 2017, the Government announced the creation of a £400 million Charging Infrastructure Investment Fund (CIIF) to accelerate the roll-out of publicly-accessible charge points.

“We want to ensure the lack of availability of charging infrastructure is not an excuse for people not buying vehicles,” says Philippa Eddie, commercial finance specialist, infrastructure and projects authority at HM Treasury. “We want to make sure range anxiety is not an issue.”

Public charge point statistics from Zap-Map show that on August 23 there were 25,395 connectors split between 14,935 devices at 9,424 locations in the UK. Of these, 5,602 connectors were rapid chargers, split between 1,656 locations.

This is an increase of almost 50% compared with the number 12 months before (17,050), but Deloitte has warned that much more still needs to be done to meet demand.

Its recent analysis found the UK will need 28,000 new charge points to service an estimated seven million electric vehicles by 2030.

Delivering this infrastructure will cost some £1.6 billion between 2020 and 2030, suggests the research.

“At present, the EV charging industry is not profitable and it could take until 2023 when EVs make up at least 5% of vehicles in circulation that it becomes so,” says Mark Lillie, power and utilities leader at Deloitte.

“Therefore, companies looking to capitalise on this prospective boom will have to get into the market now but be prepared to wait for their returns.”

There is definitely no shortage of private sector companies willing to invest.

“The EV market is marching into the mainstream. Private companies are now seizing the EV investment opportunity,” says Ian Johnston, CEO of Engenie.

Last month, Engenie announced a £35m investment commitment to install more than 2,000 rapid charge points at accessible public sites including supermarkets and retail parks in the UK by 2024, while last year BP acquired Chargemaster, whose Polar network has more than 7,000 charge points, for £130m.

Other major expansion plans include those from Gridserve, which has announced a five-year, £1bn plan to install a network of more than 100 ‘electric forecourts’ around the UK, delivering ultra-fast charging, and Pod Point, which is installing 2,400 charge points at 600 Tesco stores.

However, while it seems concerns over the number of public charge points are being addressed, another issue is also proving a major obstacle: a lack of interoperability between different networks.

This means EV drivers may need to register on different apps and RFID (radio frequency identification) cards to use different companies’ charge points.

“The Government has allowed charge point companies to have proprietary networks that aren’t open source, that don’t do roaming and don’t offer interoperability,” says Lees.

“I think that is a fundamental mistake because it’s difficult for customers to understand.

“Realistically, today you have to plan in advance as to what charge point solutions you might need and download their app or apply for an RFID card for that company.

“If I want to charge at any point in London, I might need five different apps and/or two different RFID cards, and that’s just nonsensical.

“I need to be able to pitch up anywhere in the country without having to pre-plan with only a debit card in my hand and be able to buy electricity quickly, and we are not there yet.”

“The day I had to say to our chauffeurs ‘sorry guys, you are going to have to download about six different apps to go about your daily business’, my heart sank,” she says. “We cannot let this carry on, so, hopefully, we can all work together and sort this out because it’s not sustainable.”

Lees adds: “If the market doesn’t address it, the Government needs to legislate. It has got the powers to do so under the new Automated and Electric Vehicle Act 2018.”

Further to this, the Government last month outlined an ambition that all new vehicle rapid charge points should provide debit or credit card payment by spring 2020.

It expects industry to develop a roaming solution across the charging network, allowing EV drivers to use any public charge point through a single payment method.

Some networks already operate to this model, such as Instavolt, while BP Chargemaster has committed to introducing this facility on all new 50kW and 150kW chargers, as well as retrofit its existing UK-made chargers with the technology over the next 12 months.

Johnston adds: “From our perspective it is simple: there is only one solution that drivers will accept and demand going forward, and that’s the ability to use all chargers with a contactless bankcard or a mobile wallet.

“We have to remove the fear that exists today about public charging and we have to find innovative ways to collaborate across industries to make our networks truly open and truly wide.

“If we do all of this, I think we will be successful in helping drivers make the change to EVs.” 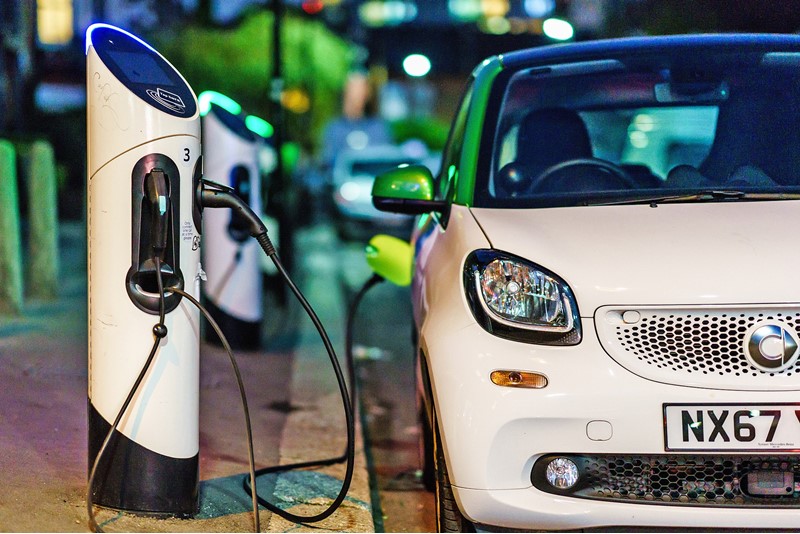 As well as the number of public charge points, their location and speed with which they charge vehicles will also be vital to support the expected growth in EVs.

Ian Johnston, CEO of Engenie, says: “The experience is critical, so the charging networks have to put chargers in locations that are convenient, in environments that are comfortable for drivers, and not just where the grid is.

“If you were to look at Zap-Map now, you will see more than 2,000 rapid chargers in the UK, but some of those are in dreadful places and I’ve been to some you wouldn’t want your worst enemies to spend time at.”

Faster charge points will also help the uptake of EVs. As the table shows, while a 7kW fast charger can add up to 30 miles’ range in an hour, the newer 150kW rapid chargers can supply up to 200 miles in the same time.