Autonomy: the road to zero collisions?

There is no doubt automated vehicle technology will have a hugely beneficial impact on road safety.

Experts believe that autonomous emergency braking (AEB) alone has the potential to save 1,100 lives and reduce UK casualties by more than 120,000 over the next 10 years.

And with multiple studies finding in excess of 90% of road incidents are caused by human error, increasing automation will provide a smooth path to significantly reduced casualties. Won’t it?

Eventually, yes, as driverless cars will seamlessly slot in and out of traffic safely until they reach their destination, but there is a long way to go before then.

“Some people say that if we have automation we can get rid of 90% of the accidents, but I don’t believe that,” says Christoph Lauterwasser, managing director of Allianz Centre for Technology. 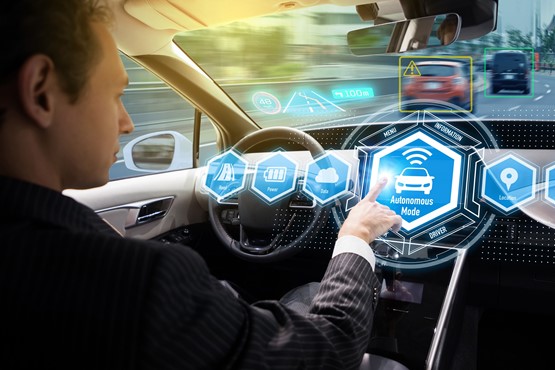 “Especially in the beginning when we will have mixed traffic we will see accidents and it is very important we learn from those accidents.”

His view is supported by a report from the International Transport Forum earlier this year which says claims self-driving cars could avoid 90% of road deaths by eliminating human errors is an “untested and uncertain hypothesis”.

It adds that many crashes involving human error also involved other factors which may still have led to that collision, even if the human had not committed an error in judgement or perception.

These could include poor roadway design or faulty vehicles. “Human error can also be non-driver-related errors by pedestrians, cyclists and motorcyclists,” adds the report.

“Since they won’t be automated, their errors will probably not be eliminated by automation.

“These contributions do not likely impact the general finding that automation may continue to significantly better safety outcomes, but it may temper the assessment of automation benefits versus disbenefits.”

The Society of Automotive Engineers has determined the six levels of vehicle automation, ranging from Level 0, which includes features such as lane departure warning and blind spot monitoring, where the driver performs all tasks, to Level 5, where the car performs all driving tasks and no driver is needed.

Early signs certainly indicate that autonomous technology will have a positive impact on road safety: research by Euro NCAP and ANCAP found that low speed AEB leads to a 38% reduction in real-world rear end crashes.

Along with technologies such as lane-keep assist, blind spot intervention and collision avoidance – steering, AEB is classed as a Level 1 technology. SBD Automotive expects 50% of new cars sold in 2024 to be fitted with features from this stage.

Under Level 3, the car has control and awareness under specific conditions, but the driver must be ready to intervene when prompted. These technologies include auto lane change (system initiated) and piloted driving.

A key finding from the Venturer £5 million research project into connected and autonomous vehicles, which took place in south-west England between 2015 and 2018, was that drivers take two to three seconds to take control of a Level 3 autonomous vehicle once alerted to handover.

However, handover back to normal driver behaviour took much longer, up to a minute or more during the highest speed test condition of 50mph. By this time the vehicle would have travelled almost a mile.

“Vehicles (driven autonomously) take drivers out of the loop and we know it can take some time before they are re-engaged,” says Lisa Dorn, associate professor of driver behaviour at Cranfield University, which, together with the University College of London, is researching this transition.

“We know that when you give people more capacity for doing things other than their primary task, then they are much more likely to engage in secondary tasks.

“One of the problems (with highly-automated cars) is that drivers will have the capacity to do other things, and as soon as you do other things you are distracted and that is potentially where the danger is.”

“If we could make all autonomous vehicles fully autonomous overnight, then there wouldn’t be the difficulty,” he adds.

The transition has been made more complicated through how some companies market their existing technologies, with Avery saying decisions like Tesla calling its partial-automation features ‘Autopilot’ misleading drivers over the capabilities of the technology.

This type of product labelling contributed to the results of a survey commissioned by Thatcham Research, Euro NCAP and Global NCAP, which found that more than half of drivers in the UK believe that it is already possible to buy a car that can drive itself.

“Some carmakers are designing and marketing vehicles in such a way that drivers believe they can relinquish control,” says Avery.

“Car-makers want to gain competitive edge by referring to ‘self-driving’ or ‘semi-autonomous’ capability in their marketing, but it’s fuelling consumer confusion.

If used correctly, highway assist systems will improve road safety and reduce fatalities, but they won’t if naming and marketing convinces drivers that the car can take care of itself.”

This can make some drivers over-confident.

Dorn adds: “If the technology makes them feel safer, they will take more risks.”

The concerns over safe handovers between car and drivers in Level 3 autonomy is one of the reasons why a number of OEMs, such as Volvo, Ford and Tesla are suggesting they will skip Level 3 altogether and jump straight from Level 2 to Level 4 when the latter is ready, says Andrew Hart, director of innovation at SBD Automotive.

Level 4 is high automation, where the vehicle performs all tasks in most conditions, but the driver must be ready to intervene in specific circumstances.

“Some OEMS like Mercedes-Benz and Audi have announced plans to support Level 3 and it will be really interesting to see how they manage the education of their customers to make sure they don’t fall into the Tesla trap of over-promising and under-delivering,” says Hart.

“It is going to be very hard, because these aren’t technologies that are simple to explain.”

He adds that some OEMs are likely to launch Level 4 ‘Light’ within the next couple of years, “which is Level 4 but only for a very narrow set of applications”.

“It’s things like you drive up to a car park, you leave your car and it drives itself to the nearest parking spot,” he says.

Hart says Level 4 cars are still some time away from being a common sight on public roads. “Even by 2030 the penetration of Level 4 cars compared to all new car sales is expected to be very small”, he adds.

“Even in our optimistic scenario it will be a fragment of 1% of all new car sales that will be Level 4 capable.”

Level 5 autonomous vehicles – often called robo taxis as they will have no need for a driver at all – are obviously even further away. The Venturer project estimates that by 2040, 75% of new vehicles will be fully autonomous.

Even then, it is unlikely that the roads will be accident-free.

“The pedestrian is a very difficult animal when you are an autonomous car, because if they are standing on a sidewalk, how does it know if they will move forward or if they will stand still?” says Lauterwasser.

“There are a lot of situations where the car would not be able to avoid an accident if it does not interpret the movement of the pedestrian correctly.

“If you are a human driver you look into the face of the pedestrian and that tells you a lot about what they will be doing, and that is still a difficult situation for a computer system to understand and interpret.”

As Volvo’s founders declared: “Cars are driven by people. The guiding principle behind  everything we make at Volvo,  therefore, is – and must remain – safety”.

It’s a philosophy that  remains true across everything we do. Volvo Cars continues to lead the way with its focus on safety. Its publicly stated vision is that  by 2020 no one should be killed or seriously  injured in a new Volvo car.

Corporate and social responsibility, plus risk  management remain key focusses for our  business and fleet partners as, too, does employee duty of care given that a quarter of all accidents involve someone who drives as  part of their work.

The world-class safety systems available  across the award-winning Volvo range feature  IntelliSafe technology to make every journey safer and responsive to the concerns of fleet managers.

Developments in connectivity, autonomy and mobility technology 'changing the face' of fleet management

How the latest developments in connectivity, autonomy and mobility technology are changing the face of fleet management. Jonathan Manning reports

Carmakers need to start building excitement around the possibilities presented by autonomous vehicles to overcome public uncertainty about entrusting their journeys to driverless cars, according to a cognitive psychologist.

Is autonomy on the horizon in the robot revolution?