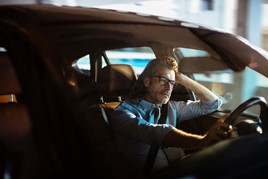 Having a robust safe driver policy is a must for any fleet aiming to minimise risk.

It lets employees know what is expected of them when they are driving on company business and what to do if something goes wrong, as well as offering protection to the employer in the event of a collision.

“If you haven’t got a policy, how is a driver expected to know what to do?” says Andy Price, director of Fleet Risk Management.

“They will make their own decisions and everyone has a different opinion on what safe driving constitutes and what the company expectation would be of them, so putting it out in black and white and making sure the driver understands it is a critical part of any safe driving programme within an organisation.”

One example of this would be if an organisation had fitted telematics to its fleet of vehicles but did not have an overall policy of what constitutes poor driver behaviour, says Nigel Lawrence, head of client partnerships at Applied Driving Techniques.

“You are then in a situation where ‘Hub A’ might deal with situations very differently to ‘Hub B’, and you are then not sending out consistent messages to employees. In the absence of a policy you are not able to do things consistently.”

Having a clear driver safety – or occupational road risk – policy also helps embed the need for safe driving in the minds of employees.

“The first time somebody will see that policy will usually be at a staff induction when you are setting an expectation of ‘this is our culture within the business; this is our expectation of you; this is how we will commit to you in return’,” says Lawrence.

“If there isn’t a policy, how do you set that expectation at induction? You don’t, and if the policy is not strong enough, then how are you making it clear that you have a safe driving culture within your organisation?”

A driver safety policy should make it clear that employees need to drive within the law because “while it is the driver’s responsibility to do that anyway, you should state that this is a company expectation”, says Price.

The section for distracted driving, for example, should include the employer’s policy on using mobile phones, satellite navigation systems and eating, drinking and smoking, says road safety charity RoSPA.

The charity says fatigue could highlight that drivers are most likely to feel sleepy when driving on long journeys on monotonous roads, between 2am and 6am or between 2pm and 4pm, after having less sleep than normal and on journeys home after night shifts.

Impaired driving can cover drink- and drug-driving, as well as over-the-counter medication and illness.

“I would also probably put in the driver safety policy what to do in an emergency because, in the event of a breakdown or collision, keeping the driver safe and from further injury is the goal,” adds Price.

“When you are in this situation you are probably not thinking rationally, so having had drivers read a policy and understand where to leave the car, what lights to put on before they get out and where to stand are important.

“I would probably put something in about personal security, safe parking and travelling in unfamiliar areas.”

Well-being should also be included, while organisations often overlook the inclusion of travel planning.

“It’s important to identify what the strategy is for travel within the business because quite often that journey won’t be a safe journey and there often won’t be very clear rules about it,” says Lawrence.

“For example, (civil engineering company) Jacobs has a safe travel plan of action, which includes a mileage cap on how many miles an employee can do in a week or on an individual business journey.

“If a driver goes above those limits, they have to find an alternative means by which to carry out that journey.

“It’s also really important to remember that technology is much better now in terms of tele-conferencing or video calling.

“Does the policy make it clear that the business recommends that if you do not need to make that journey, there are other methods in which you can hold that meeting?

“The danger is that if you try to combine the two, it can be very long,” he says.

“For me, the policy is the what, and the handbook is the how because if you try to say ‘here’s the policy’ and then dilute that with saying ‘here are some ideas about how you go about doing that’, you perhaps lose the impact of saying you shall not speed if there is a whole lot after that about how not to speed.

“Have a short policy, and probably an occupational road risk policy that will look at more things the driver would be concerned about every day.”

Altrad already follows this practice with a separate driver policy and a driver handbook.

“The driver policy is a simple document, about four pages long, and talks about what we expect from a driver, what to do in the event of an incident, dos and don’ts, that sort of thing,” says Matt Hammond, head of fleet, plant and equipment at Altrad.

“The policy is the key one for me, it’s a quick reference to say, if you are driving one of vehicles, this is how we expect you to drive.”

Changing legislation, technologies and the operational requirements of organisations mean that policies should be reviewed regularly.

“All too often, policies can sit in an all too redundant form and they are not reviewed often enough,” says Lawrence.

“You should review your policy at least on an annual basis because a lot can happen in a year.

“It’s not just legislation or changes to rules around anything from company car taxation or smoking in vehicles, but a lot can happen for that business as well.

“If you have a major change in that organisation, the policy needs to reflect that because you can be in a situation where you are sending out the wrong messages.”

A safe driving policy can be broken down into the following areas:

Before you get in the vehicle