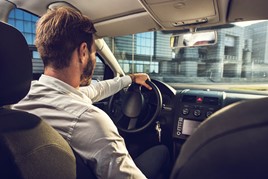 You’ve recruited the right people and got a robust driver policy in place. So how do you make sure employees drive in line with the standards and requirements set out in the policy?

“My answer to that will always be a simple one,” says Nigel Lawrence, head of client partnerships at Applied Driving Techniques.

“You should be monitoring and assessing drivers, and profiling them. If you don’t do that, how do you get a baseline of where your risk is as a business, not just for employees individually, but as an organisation?”

There are a number of ways fleets can monitor driver performance, ranging from options which do not use technology such as looking at notices of intended prosecutions to using high-tech systems such as advanced telematics.

“It may be old school, but if you are the registered keeper of a vehicle, you get information about speeding fines,” says Andy Price, director of Fleet Safety Management.

“Another thing fleet managers can monitor without the use of technology is expense claims.

“You can use them to check drivers are not zigzagging all over the country, working excessively long hours, while employee mobile phone records may show that there’s a 20-minute phone call when clearly the driver was in the middle of a journey.”

Telematics has transformed how fleets can monitor driver performance and allows fleet managers to measure all aspects of driver
behaviour.

The technology can be used to assess events such as speeding, harsh braking and acceleration, idling and fuel use.

“We are strong advocates of telematics,” says Matthew Hammond, head of fleet, plant and equipment at Altrad Services. “We have the technology in all our vehicles, although it is predominantly used in the vans and trucks.”

“We set parameters on how we expect our drivers to perform and from there we will monitor anyone falling outside those parameters,” says Hammond.

“We all drive, we all sometimes go too fast, we all suddenly realise we are coming up to a roundabout and have to brake heavily. These things happen day to day. What we look for is the trends and patterns of the driver.

“If we can find a trend, we can analyse what the situation is and then we can work with the driver on the specifics of where those issues are, how we can fix those and how we can prevent incidents.”

For example, the policy could say ‘don’t speed’, but a line manager tells an employee that they need to be at a location 80 miles away and they’ve got an hour to get there, says Price.

“That person is probably going to want to please their manager and they are going to speed to get there,” he adds.

“That’s a very crude example, there are more subtle ones, but this is a really important part of any monitoring process – don’t just assume it’s just plain bad driving. It might be bad driving, but there may be an underlying reason why that person is driving like that.”

“There is a reason those drivers are doing that and what we found over time is that it generally comes down to a lack of due care: they are not paying attention at traffic situations, they are too absorbed in something else.

“We will take that driver profile, we will sit with the driver and we will go through the telematics data to start with, which doesn’t mean a lot to them.

“We will then use Google Earth to say ‘this is the road, this is the situation, this is the time, we know it’s busy traffic’ or whatever it may be.

“Then we go through the bigger scenario with them and can use an e-learning platform which provides a course that focuses on their specific issue.”

As well as e-learning modules, fleet managers can also use informal talks, one-to-one training and classroom-based training to address any issues.

Whichever method is used, the course should be targeted to the area the driver needs to improve.

“I often see fleet managers with drivers who they think they need some support and so they put them on a general course.

“That will help them, but is it going to help them eliminate whatever they have been doing?

“Reversing is a great example. If someone is having lots of reversing crashes, then a general driving course probably won’t have any reversing content, so you’ve got to make sure that any coaching or training provided is focused on where the need is.

“It’s common sense really, but often doesn’t happen. A general driving course may tick the box in terms of an organisation’s responsibility and is a big investment in time and money so we shouldn’t criticise it too heavily, but wouldn’t it be better if that time and money was spent on something that was going to help the driver rather than something that might?”

Training tends to have an immediate positive impact, but this tends to trail off over time.

“Most follow-up studies show that any psychological and behavioural effects found immediately after skills-based training have worn off within one to three months,” says Lisa Dorn, associate professor of driver behaviour at Cranfield University.

“In short, drivers’ previous habits often reassert themselves over this timescale.”

Price says this means it is important that fleet managers continue to monitor the performance of those drivers and take action if required.

“If you see their driving is deteriorating, that’s the time to sit down and have a chat with them to say ‘you’ve had this training, you were good for two months, but now we see that you are having more events per month’,” he adds.

“Unless you’ve got that telemetry data you won’t know.”

After an Altrad employee undergoes training, their performance is monitored closely for three months to see if the education has had a long-lasting impact.

“Immediately after training you tend to get a big dip in driving events because there is a great improvement and then it starts to creep,” says Hammond.

“It is the creep you are bothered about. How far does that creep come back up? If it comes too far, we will pull the driver back in and we will do the process again, but maybe a bit more intense, which may mean one-to-one driver training.”

Incentivising good driver behaviour can also keep employees focused on driving safely. Many fleets use the data generated by telematics to harness the competitive nature of their drivers by producing league tables.

Coupled with prizes or awards for topping the table, this can provide extra motivation for drivers to maintain high standards of driving.

Infrastructure services company FM Conway has introduced a system for recognising the skills and knowledge of its professional drivers.

“There is a series of criteria that they must achieve,” says Dave Conway, quality and environmental manager at FM Conway. “They will work their way up from a basic white site helmet, through bronze and silver to a gold site helmet.

Price says it is important organisations do not underestimate the role line managers can play in creating a safe driving culture.

“The line manager has so much influence over driver behaviour,” he adds. “A fleet manager can influence it, an HR manager can influence it, but ultimately it is the line manager who supervises and controls that driver and, if that driver is getting mixed messages, human nature is going to be ‘I’m going to please my manager for what he or she pays me to do rather than meet the safe driving policy’.

“It’s no good having the salesperson having three crashes a year and the manager saying ‘please drive safely and well done for hitting your sales target’.

“That sort of message gets round an organisation, so there has to be consistency from the manager.”