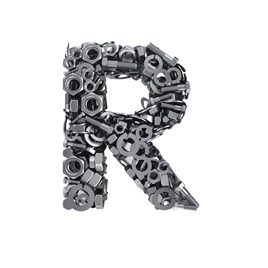 The three Rs of good environmental practice – reduce, reuse and recycle – are delivering major savings to fleets on twin fronts when it comes to the use of replacement parts. Not only are recycled and remanufactured parts significantly cheaper to buy, but in many instances their availability is speeding up repairs and minimising vehicle downtime.

For fleet operators, there’s a clear distinction to be drawn between recycled and remanufactured parts. Recycled parts are stripped from one vehicle and fitted directly to another, such as a sliding door on a van.

Remanufactured parts are stripped from a donor vehicle, dismantled, cleaned and repaired, before the entire unit is reassembled and tested. It’s a process successfully applied to costly mechanical parts such as engines, gearboxes and turbo chargers.

Both applications avoid the environmental impact of potentially functional parts either being melted down or discarded into landfill.

British Gas is one of the fleets saving money and the environment by using recycled parts for its 13,000-strong fleet. Through a partnership with My Green Fleet, which provides traceable recycled vehicle parts, the energy giant is cutting its CO2 emissions.

“My Green Fleet is supporting our fleet in a way that is financially sound and environmentally friendly. It has helped reduce our repair costs and vehicle operational downtime,” says Colin Marriott, British Gas general manager for fleet.

My Green Fleet is a subsidiary of FAB Recycling, which is witnessing a growing momentum of fleets sourcing what managing director Jason Cross calls ‘green parts’.

“There is a swing towards the use of green parts by some significantly branded institutions,” he says.

"Every angle about reclaimed parts is a benefit. From a green parts point of view you cannot get better than reusing a part until it cannot be used any more. High-quality pre-owned parts can greatly reduce the environmental impact of national fleets.”

The company specialises in non-safety parts where the only alternative is a new original equipment part from the vehicle manufacturer and, while it sells reclaimed engines and gearboxes, it is “seeing a massive trend towards reclaimed body panels being used, particularly by fleets”, says Cross.

He explains that fleets have to enter a partnership, whereby they sell all their salvage-bound vehicles to My Green Fleet. In return, any reusable parts recovered are ring-fenced for the same fleet, and sold back as and when required.

This may mean a slightly lower price achieved for the vehicle than auctioning it to the highest bidder, but “for every pound you sacrifice at the front end you would gain, if your processes allowed for feeding green parts back into your supply chain, five times that amount”, says Cross.

“We would buy the vehicle under contract and we supply the parts back into their own supply chain at pre-determined rates.”

This is particularly efficient for fleets that operate large numbers of identical vehicles.

“You can take a white door off a white vehicle and bolt it directly back on to another white vehicle. And if you get it right you can even make sure that the livery matches the other side,” says Cross.

“We are talking significant savings. And it’s not all about the money. It’s about how long it takes to fix that vehicle and get it back to the person that was using it yesterday. That can often outweigh the cost of the parts.

"From a green parts perspective, parts are available often pre-prepared and fleets can get a vehicle back in service quicker – they can avoid any back order issues. It’s not uncommon to hear of vehicles waiting weeks if not months for parts to come from dealers.”

Forty of the UK’s 43 police forces are now working with My Green Fleet, and reaping the financial rewards.

Richard Flint, assets & logistics manager at North Yorkshire Police, says the facility “is undoubtedly producing some of the largest savings we have seen in police fleet management for some time".

"Some forces are telling us that they could now not afford to operate without these savings,” he adds.

Access to cheaper recycled parts may also tip the balance between a vehicle being written off because it’s not cost effective to repair, and actually repairing it.

“One of the smaller fleets that we support in one year saved 11 vehicles from being written off from a cost perspective,” says Cross.

It’s an equally impressive story in the remanufacture of mechanical parts, where an average of 94% of an engine can be recovered, says Robert Waring, fleet solutions business development manager for Ivor Searle, one of the UK’s leading independent producers of remanufactured engines.

He cites an academic study from 2005 which calculated that a remanufactured engine saves 55kg of steel and 8.3kg of aluminium, as well as reducing CO2 emissions by 565kg, NOx by 1kg and sulphur dioxide by 3.9kg.

“Remanufacturing is the ultimate form of recycling, helping to conserve energy and raw materials as well as reducing pollution and landfill space,” says Waring.
Batches of engines are stripped to their bare bones, cleaned of heavy metals, oil and carbon residue, before being reassembled and thoroughly tested.

“We run every engine up on its own power, unlike a manufacturer who will probably test one in every thousand. We will check compression, noise, oil pressure and cooling system. We’ll retime the engine, and then they go through to final inspection,” adds Waring.

The remanufactured units come with a 12-month unlimited mileage warranty and cost between 80 to 90% of the price of a new engine, representing a saving of many hundreds of pounds.

Savings on gearbox prices can be as high as 60% compared to a new unit. Moreover, with up to 500 engines in stock, the majority from popular models of fleet cars and vans, the availability of parts is good.

One key customer is JCT600 Vehicle Leasing Solutions. Technical services manager Steve Pyke feels that cost is not the only consideration.

“It’s not just about the savings, which can be 50%, 60% or 70% on a new engine, but the quality," he says. "It’s outstanding what they do in terms of remanufacturing engines. You are virtually getting a brand new engine for a fraction of the cost. You know it’s been through a rigorous testing process.”

However, under pressure to work within the service, maintenance and repair budgets for each vehicle, Pyke says the use of remanufactured parts is “all about saving money and getting the vehicle back on the road as quickly as possible”.

“With the budget pressures where they are, we have started using them a lot more," he says. "We have had to be more creative with the way we do things. If we can get a refurbished unit we will, be it engines, transmissions, turbochargers. It’s a considerable saving. You are looking at least 50-60% reduction against new unit price.”

Moreover, reductions in fleet budgets mean his customers are keeping their vehicles longer, which is increasing demand for the replacement of major mechanical parts. The use of remanufactured units, however, has to be balanced with operational efficiency.

“We take a view based on vehicle, vehicle role and the number of vehicles available to the user,” says Brown.

“If the department using the vehicles is under a bit of pressure and they’ve got other vehicles off the road or it’s a one-off vehicle then in that particular instance we might not be able to afford it being off the road for a period of time and we’ll go and buy a dealer engine. But those instances are few and far between. We’ll always follow the reconditioned route – but not at all costs.”