Smart transport must be accessible to all 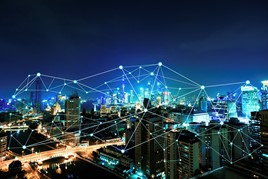 One of the key challenges that smart transport needs to meet is the concept of mobility for all, regardless of wealth and physical capabilities.

However, there is a danger of it operating outside of the usual regulatory norms because the technology is evolving at a rate that the regulators cannot keep up with.

“This is illusory; technology has real and material impacts and shouldn’t sit outside of normal ethics and regulation,” he says.

Bray’s concern is that the main focus for mobility as a service is “non-disabled, tech-savvy people with high incomes that can afford a car”. The debate needs to be broader, and cities need to take several elements into consideration:

* Share data and knowledge to improve planning of the overall system.

“Mobility has to be about access; sharing is key,” Bray says.

He cites the example of Washington DC which boosted the use of taxis in the city by bringing in an app to allow those on lower incomes to access them at a lower price. Or another app which enabled disabled people to create a profile about their particular needs to inform staff.

“The way we use technology will change our world, but we have to put people first,” he adds.

That’s exactly what HCT Group does.

The social enterprise runs buses for profit which it reinvests into social necessary transport such as dial-a-ride, social care services and special education needs.

“We do it because we believe that access to transport is a human right,” says HCT head of social impact Tracey Vickers.

“When we talk about smart transport, we want to make sure it starts with a solution that includes everyone.”

Questions that need to be considered when it comes to mobility options include:

* Smart inclusion: for example, does it take cash, can you use it on a smartphone and does it work in rural regions?

* Smart design: is it franchised, place-based, integrated? Does it address the systematic reduction in rural bus services?

* Smart commissioning: is it profit-share, are the incentives aligned?

HCT set up a bus service on Jersey which allowed residents to design the type of system they wanted, including the routes, the name and the livery. Users can pay contactless or with cash (or it’s free for qualifying people), you can take bikes on board, you can track the bus on an app, they have low floors for wheelchair access and drivers are given disability awareness training.

Since launching the service in 2012, passenger numbers have risen by 35%, while the number of car journeys has fallen.

However, offering such a service is not without its challenges.

HCT has to bid for routes against commercial operators. The social value act, which was introduced in 2012 to force local authorities to take into account the social value of a contract, not just cost, doesn’t include transport.

Another barrier is European legislation which could, says Vickers, “jeopardise the entire community service”.

She explains: “If you take a fare, you are commercial so you have to operate all the same regulations as a big bus company – even though those companies don’t want to operate these services.”

“We are trying to find a way to respect the law and also to sustain that vast range of transport solutions,” he says. “We are aware of the problem.”

While technology could pave the way towards ‘total transport’, there are failings in many areas with organisations failing to engage. The NHS and local authorities is one example, according to Darren Shirley, chief executive officer at Campaign for Better Transport.

“There is a disconnect where local authorities are cutting bus services to save £1.5 million but that increases NHS costs by £1.8m because they have to put on more patient transport services,” he says.

Concerns have been raised over the move to a cashless society and the reliance on smartphones to access services. While the vast majority of people have a smartphone, a much lower proportion have roaming ability. And the level of penetration falls for older people.

Bray suggests phones could be given free to those who need them, but he also calls into question ownership and sharing of the data, including the ability of local authorities to understand and manage it properly.

“Who controls the app, the gateway to payments? Traditionally it was the transport authority; increasingly it’s walled gardens,” he says. “But are they motivated to encourage you to, for example, walk? Or do they encourage you to do the things that they can monetise, such as taxis.”

Bray adds: “We need more regulatory freedoms for local authorities. We have to find a way of data sharing on both sides – this is part of a legislative review we need.”