The inside track: Stagecoach East 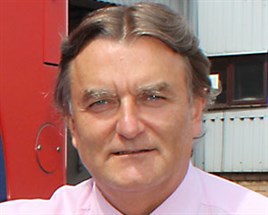 That’s the target set by the traffic commissioner for the proportion of buses that must arrive no more than one minute early and less than five minutes late – effectively a six-minute window.

Now add to the mix the fact that, typically, less than a day’s notice is given for scheduled roadworks and a fleet that travels more than 18 million miles a year. Now that’s a challenge.

Andy Campbell, managing director at bus and coach operator Stagecoach East, has been looking after Cambridgeshire and Bedfordshire for eight-and-a-half years. He admits that running the fleet is like “putting the same jigsaw together every day, but with someone constantly changing the pieces”.

The business is part of the Stagecoach Group, one of the largest bus operators in the UK with services in more than 100 towns and cities.

Stagecoach East is responsible for 378 buses and coaches; 327 are peak need, the rest cover maintenance work, school runs and breakdowns.

Buses run from 5am to midnight daily except Friday and Saturday nights when they can run as late as 3am.

Every improvement, however small, makes a big difference.

Idling is a big issue which, until recently, was seen as unavoidable.

However, newer vehicles are now fitted with a five-minute engine shut off which is helping to improve consumption.

The biggest initiative to save fuel has been the recent introduction of a GreenRoad driver management system which is expected to reduce consumption by 3%, saving more than £500,000 a year.

Drivers can view their own score online and Campbell incentivises them by giving anyone who remains in the green for a four-week period a cash bonus.

Bus operating cycles are measured in years rather than mileage with an average age across the fleet of seven years. The environment is beginning to drive the vehicle replacement strategy.

Biofuel is used to power 81 vehicles and Campbell believes electric buses will play a pivotal role in the future if funding is available.

Most popular articles in Day in the Life