The last word: Dr Will Murray 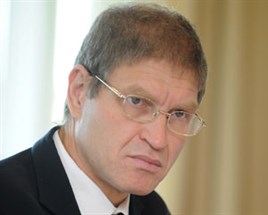 What is your biggest achievement in your current role?
The work we do assisting clients and partners shows significant, long-term reductions in road collisions and costs is very rewarding.

Who has had the biggest influence on your career?
Many people have been, and continue to be, important as mentors, role models, critics and, importantly, friends.

I do not really have to lead anyone, and would not make the greatest leader. I hope people would say I’m honest, open, focused, data-led but able to go with the flow and enthusiastic – if a little naïve at times.

What is your dream holiday?
Lake District, Scotland and Morten Bay in Queensland. Outdoors on a bicycle with the family.

Who was the last person you received a text message from?
Partner Marie – giving instructions...

What is your favourite sitcom?
I do not really watch much TV.

What is your favourite film?
James Bond. As a franchise and business model, it’s stood the test of time. Great for father and son bonding.

When was the last time you used any form of public transport?
I took the train to London last week, going to the embassy to get a visa for a trip to Africa for a road safety workshop. I use public transport and bicycle whenever possible.

What is the first thing you would do if you were made Prime Minister for the day?
Focus on ethics, honesty and the common good. Working together to grow the cake, for example with our good friends in the EU, always seems better than fighting over a small slice and a few crumbs.

If you won the Lottery, what would be the first thing you would buy?
This is never going to happen. I would need someone to show me how to buy a ticket first.

Who was your childhood hero?
Ally Brown, unheralded centre forward in the West Brom golden era of the late 1970s.

What was your biggest mistake in business and what did you learn from it?
Telling a room full of trainers that there is absolutely no scientific evidence that driver training works particularly well! I learned to be a bit more diplomatic, although sometimes honesty, ethics and evidence still get the better.

What advice would you give your 18-year-old self?
Learn to communicate and listen better, play the guitar, concentrate harder in French lessons and take every opportunity to try new and different things.

What is your favourite book?
I have plenty. Wind in the Willows is a particular favourite.

What is your favourite dish at a restaurant?
Anything with fish, cheese or pasta.

What is your best childhood memory?
Foraging for chestnuts in the wood with my dog and cooking them afterwards.

When did you last feel guilty about the environment?
Every time I have to use the car.

You are going to a desert island – what three things do you take with you?
Wind up laptop, with decent internet connection. How did we survive before emails, mobile phones and the internet?

What has been the pivotal moment in your life?
When I met and bonded with our CEO Ed Dubens, a great guy, with real vision, passion, energy and half an eye for what’s coming next…

What is the one object you couldn’t live without?
It’s not an object, but family and friends are very important to me.

If you could work in another profession what would it be?
I spent a long time, and loved, working in academic teaching and research, but got frustrated. My current role at Interactive Driving Systems is perfect for me as we are involved in some great academic research, but also get the chance to apply it.

What’s the best gift you’ve ever been given?
Nancy Friday book of fantasies, which were very liberating.

Which superhero from comics would you most like to be and why?
Roy of the Rovers or Billy’s Boots. I love playing, watching and coaching football.

What is your guilty pleasure?
Going by public transport and bike when its quicker to drive.

What is your dream car?
I do not really like cars that much. I recently bought a new city bike with hub gears and am really enjoying riding it.