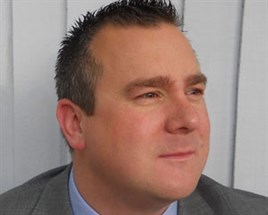 What is your biggest achievement in your current role?
Doubling our revenue in the last two years for online sales.

Who has had the biggest influence on your career?
Probably my father. When I finished university it was him that told me to follow my passion for cars into the automotive industry and I am still here.

What is your favourite sitcom?
I don’t have time for television, really. If I do, I only really watch the sports channels.

What is your favourite book?
I’m not a bookworm but do read the daily papers on my iPad.

What is your favourite film?
Inception. I think both the concept of the film and its music are excellent.

You are on a desert island – what three things would you take with you?
Some flint, a knife and my iPod full of music.

What is the first thing you would do if you were made Prime Minister for the day?
Cut fuel duty.

What was your biggest mistake in business and what did you learn from it?
I can’t think of any big ones and hopefully I am not due one soon.

How would you describe your leadership style?
Probably more toward a people-oriented style.

When was the last time you took public transport and where were you going?
Last month I took the train to our office for a change. It was surprisingly good and on time!

If you won the lottery, what would be the first thing you would buy?
A Ferrari 458 Italia in red, without hesitation.

What is the one object you couldn’t live without?
It’s a sad answer, but it’s my iPhone.

What is your least favourite food?
Vegetables.

What is your favourite dish at a restaurant?
A good steak. It’s always a good choice wherever you are in the world.

When did you last feel guilty about the environment?
When I finally switched cars to a diesel and started seeing my fuel economy improve significantly.

What advice would you give your 18-year-old self?
Don’t regret anything. Always look ahead not back.

Who was your childhood hero?
Ben Johnson the 100m sprinter as he was the fastest on earth – until I found out he was cheating!

What is your best childhood memory?
Holidays in the south of France.

What’s your dream holiday?
Florida is my favourite destination, especially with the kids.

Which historical character do you most identify with?
Steve Jobs, the co-founder of Apple. His vision of the future, while complex at the time, was a masterclass.

If you could work in another profession what would it be?
Snowboard instructor.

What has been the most pivotal moment in your life?
The birth of my daughter. People were right when they told me it changes your perspective on things.

What would you say is your guilty pleasure?
Probably watching Strictly Come Dancing.

What is the best gift you have ever been given?
My Omega watch.

Which superhero from comics would you most like to be?
Superman as travel would become a thing of the past.

What is your dream car?
A Ferrari 458 Italia.