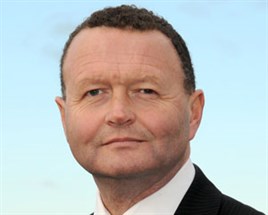 What is your biggest achievement in your current role?
Since its launch in 2007, E-Training World has won several awards for its online driver risk assessment and e-driver training systems. It has quickly become a significant force with many high-profile clients, which is hugely satisfying and justifies all the early starts and late nights.

Who has had the biggest influence on your career?
Geoff Cobley, managing director of Fleet Management Services, where my fleet career began back in 1989. He held extremely strong values and always did things the right way.

What is your dream holiday?
I once spent two weeks touring the States in a two-door Pontiac. I like the idea of doing another random road trip with no fixed agenda.

Who was the last person you received a text message from?
My daughter asking me how the Olly Murs gig was last night. In my defence, it was a Mencap charity concert in a church and I
wished I could have taken my kids.

What is your favourite sitcom?
I’m a bit of an Alan Partridge fan.

What is your favourite film?
Withnail and I.

You are going to a desert island – what three things do you take with you?
Music, beer and Holly Willoughby.

When did you last use public transport?
The train back from seeing Olly Murs.

What is the first thing you would do if you were made Prime Minister for the day?
Anything in my power to stop the number of deaths caused by the wars we’re fighting.

What was your biggest mistake in business and what did you learn from it?
When we first launched E-Training World we attempted to tailor our systems far too much for clients. As a result, we worked hard to make our platform as flexible as possible so that we now offer the ability to brand and edit the systems in each company’s style but in a way that is quick, simple and very robust.

If you won the Lottery, what would be the first thing you would buy?
A villa where it’s hot all year round.

What is your best childhood memory?
Every Easter we rented a house overlooking Treyarnon Bay in Cornwall and we could walk straight on to the beach. Amazing times.

What is your favourite restaurant dish?
Chicken Madras.

What is your favourite book?
Taken for a Ride by Fenton Park.

Which historical character do you most identify with?
While I’m the wrong sex, I’d say Emmeline Pankhurst.

What is your guilty pleasure?
Biscuits.

How would you describe your leadership style?
I like to think it’s a bit like a canal boat – steering gently from the back. Although if something’s not right, you’ll see me quickly at the front with my sleeves rolled up.

If you could work in another profession what would it be?
I’d work for a charity so that I’m helping to change lives through my efforts.

When did you last feel guilty about the environment?
Watching a documentary about the Amazonian rainforests and wondering why we humans deserve the planet we’ve been given.

What advice would you give your 18-year-old self?
Don’t listen to anyone who says you have to do things in a certain way. Trust your instinct and do it your way.

What one object couldn’t you live without?
My alarm clock.

What’s the best gift you’ve ever been given?
Cheesy answer, but my three amazing kids. In close second is a pint pot with a bicycle bell on it that means you can ring for more beer rather than get out of your seat.

What’s your least favourite food?
Liver and peas. I can’t eat either of them.

Which comic superhero would you most like to be?
Billy the Fish, from Viz. A great goalie and all-round top bloke.

What is your dream car?
Aston Martin DB7. It’s never going to happen.

What has been the pivotal moment in your life?
Five years ago we upped sticks and moved to the coast, literally on a whim, having lived in Staffordshire for 20 years. Everyone thought we were mad. As it happens, it created an amazing life by the beach for the kids and business continued to flourish. Don’t dream it – do it.