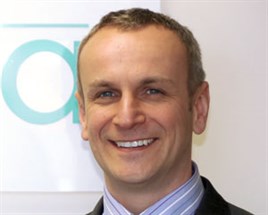 What is your biggest achievement in your current role?
Too early to say. I was promoted from sales director to managing director only in the summer.

Who has had the biggest influence on your career?
Me. I think that people are in charge of their own destiny.

What is your dream holiday?
I love San Francisco for the sheer variety of everything.

Who was the last person you received a text message from?
Richard Evans, sales manager at Jaama.

What is your favourite sitcom?
Mrs Brown’s Boys. I love the random improvisation.

What is your favourite film?
Gran Torino. Clint Eastwood has still got it by the bucket and it’s a great story about friendship and overcoming prejudice.

What is your favourite book?
The Count of Monte Cristo. Triumph over adversity.

When and where was the last time you took public transport?
I took a train into London for a business meeting in August.

What is the first thing you would do if you were made Prime Minister for the day?
We have little choice about paying taxes. However, the government has a terrible habit of spending our hard-earned money with overseas companies when the money could have been spent in this country. I would put legislation in place to ensure that it spent our money in our country where possible.

When did you last feel guilty about the environment and why?
I always feel guilty on dustbin day because of the sheer amount of packaging that gets thrown away every week.

If you won the lottery, what would you buy first and why?
I never play the lottery but I wouldn’t be in too much of a rush to spend it anyway.

What is your favourite dish at a restaurant?
Chicken Tikka Biryani. It’s what I most look forward to eating when I get home from holiday. It is simple, classic and delicious.

Who was your childhood hero?
Barry Sheene. He had humour, charisma and was a legend on his motorbike.

What is your best childhood memory?
Getting a Raleigh Chopper for my birthday in 1977.

What would you say is your guilty pleasure?
Buying things on the internet. I just can’t help myself!

How would you describe your leadership style?
Picking the right people and then letting them get on with it with minimal intervention. We are very fortunate in having a great team at Jaama.

What was your biggest mistake in business – and what did you learn from it?
Being fearful to raise my head above the parapet in my 20s when I could see things going wrong with the company that I worked for. I now make sure I am heard and, more importantly, that I listen to the people around me.

What has been the pivotal moment in your life?
When I started at Jaama and realised that I was within a team that could make things happen without being stifled by red tape.

What advice would you give your 18-year-old self?
You are better than you think.

What is your dream car?
The Mercedes-Benz 250SL Pagoda for its elegance and style.

What is the one object you couldn’t live without?
My iPhone.

If you could work in another profession, what would it be?
An engineering inventor.

You are stranded on a desert island – what three things do you take with you?
A laptop, radio and padded cell, because it wouldn’t take me long to go stir crazy.

What’s the best gift you’ve ever been given?
A scrambling motorbike when I was 16.

What’s your least favourite food?
Chestnuts. I was very ill one Christmas after making chestnut stuffing while drinking my uncle’s extra strength homebrew. The smell of chestnuts is guaranteed to take me right back to that night.

Which superhero from comics would you most like to be?
Batman. He always gets the best toys!