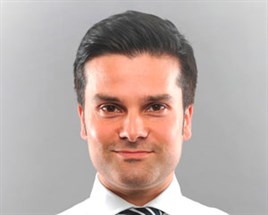 Michael Auliar has been at Nissan for the past 16 years, working on the dealer side as well as fleet. He was appointed fleet sales director in June last year.

First fleet role: I joined Nissan as a sales administrator in the operations team and have worked my way up to fleet sales director. I like the dynamic nature of each fleet sales channel and think it’s one of the more exciting functions to work in within a manufacturer.

Fleet goals at Nissan: To support Nissan’s fleet sales success having grown our fleet share from 3.0% to 4.7% in 2013. Our growth aspiration continues in 2014 when we will benefit from the new Qashqai, new X-Trail and our re-entry to
the mainstream C-segment.

Biggest business achievement: In my last role as used car business manager we worked closely with the dealer network to support them in growing their used car business in 2012 vs 2011 in terms of profit, volume and stock turn. The performance in 2013 has been even better thanks to some great groundwork in 2012.

Biggest mistake in business: After a month at Nissan I told Simon Thomas very loudly across a roomful of zone sales managers to “watch out because I’ll be your boss one day!”. Simon went on to be the sales and marketing SVP for Nissan Europe and then MD of Volkswagen Group UK. I learned two things: that it was a bad idea and I should have chosen someone else to say that to.

Leadership style: Collaborative but decisive. I’ve learnt I don’t have all the answers, but when I have all of the information I can make
decisions quickly and effectively.

Childhood hero: My dad. He came to the UK from Mauritius in the 1970s with his suitcase and £30. He started his own business and was very successful. It taught me that if you set goals and work hard, you can achieve anything.

Childhood ambition: To become the bank manager at Lloyds Bank in Devizes where I grew up. My dad said it would make him proud if I achieved that.

My advice to my 18-year-old self would be to get on the property ladder as early as possible. I was 24 when I did, but I could have saved £20,000 by buying a year earlier.

The three cars I would like in my garage are the new Qashqai for day-to-day use, a Leaf for when my environmental consciousness kicks in and a GT-R for when it disappears.

My first car-related memory was rolling around in the boot of my dad’s blue Ford Cortina estate when we went on long journeys.

Away from the office I enjoy spending precious time with my family, watching West Ham and catching up with good friends.

I’d like to be remembered as a passionate guy who always had a positive attitude.