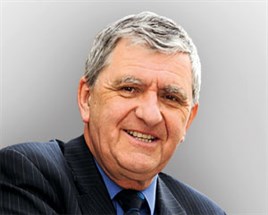 Tony Leigh has managed the PwC fleet for the past 15 years. He entered the Fleet News Hall of Fame in 2010, having spent 11 years as an ACFO director, including a spell as chairman, and is a former ‘Fleet of the Year’ winner.

First fleet role: I became assistant company secretary at Schering Agrochemicals in 1983 – fleet came with the role. I’ve stayed in fleet for the past 30 years because it’s a dynamic, ever-changing business.

Biggest mistake in business: Moving from my first job as a photographer for EMI to an independent record producer. I should have stayed where I was; the grass isn’t always greener.

Fleet management style: Laid-back! I am naturally laid-back, much to the annoyance of my wife, and this is reflected in my management style. You don’t get the best out of people by harassing them and shouting at the top of your voice.

Biggest career influence: Nobody specifically. I guess I’ve just been lucky. Obtaining a BA Hons degree with the Open University enabled me to be offered my job at Schering.

Childhood ambition: To be a pilot. I lived near Heathrow and became an anorak aircraft spotter.

Most memorable driver moment: Being called between Christmas and New Year by a driver with a flat battery in Bristol. I did ask what spanners I should bring but it didn’t go down too well.

Advice to my 18-year-old self: Just think what you really want to do and not just any job because the pay looks good.

The pivotal moment in my life was getting married to Helen 45 years ago.

Away from the office I enjoy golf, dealing in collectables and record collecting.

My favourite film is The Great Escape. It still has an exciting finale even having seen it every Christmas since the year dot.I would recommend any book by Thomas Hardy. His storytelling is second to none.

My first memory associated with a car was buying my 1947 Ford Prefect from my car dealer uncle for £45.

The three vehicles I would like in my garage are an Aston Martin DB5, an electric bicycle and a Stewart Golf Trolley.