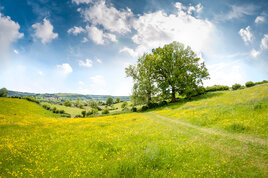 Ten years ago few people or businesses knew how to measure their carbon footprint, let alone how to reduce it.

In 2011, the picture is very different – CO2 is beginning to dominate how fleets carry out their day-to-day operations.
The Government gave the environment a leg-up when it switched benefit-in-kind taxation to a CO2-based system in 2002. This is increasingly influencing driver behaviour on fleets where they have a choice of cars.

Average CO2 emissions for the entire Fleet200 are down to 139g/km from last year’s average of 143g/km.

This compares to an average for all new cars of 144g/km, according to official data.

Fleets in the Government/public sector/education/health sector have the lowest average CO2 at 127g/km.

They typically have high levels of job-need drivers – indeed all but one company has only job need drivers – which makes it easier for them to dictate which vehicles staff will drive.

Manchester City Council has the second lowest average emissions of any Fleet200 organisation at 110g/km – although it operates just 10 cars. They include low CO2 Smart cars and a hybrid Toyota Prius.

The lowest average is in the business services category. PHS Group operates no cap but averages just 109g/km. It has a stated aim of getting all its 687 cars below 100g/km.

With a choice list dominated by Audi, BMW, Mercedes-Benz and Vauxhall, PHS’s job-need drivers can choose from plenty of models at and below the 110g/km mark.

Speedy Hire, in heavy industries, is equally impressive, achieving a 111g/km average with 750 cars, of which 80% are job-need. Falling under its 120g/km cap are cars from Audi, BMW, Fiat, Ford and Honda, including 30 hybrids.

The highest-emitting sector is bluelight/NHS, currently at 145g/km, but police and ambulance fleets still managed a 4g/km drop on last year’s average.

Their average is driven up by the need for powerful pursuit cars, although many forces have switched from petrol to diesel in recent years.

Just in front of bluelight is the architecture/construction/building sector at 144g/km.

Driving down emissions is the focus for a number of fleets in this category. Asked about the most significant change planned next year, comments included: “reducing CO2 emissions and moving towards hybrid/electric vehicles”, “looking at greener, more economical cars” and “introducing a CO2 cap of 130g/km”.

To cap or not to cap

The sector with the highest average CO2 cap is insurance/accountancy/banking/finance at 182g/km, though average emissions for the sector have fallen to 140g/km.

Heading the list is Barclays Bank (260g/km), though its average emissions are more than 100g/km below that at 155g/km.

It includes a levy in its wholelife cost calculation which is linked to a car’s fuel consumption.

Staff are either credited or debited depending on how their chosen car’s fuel efficiency compares against a benchmark. Efficient cars are therefore cheaper, which influences staff choice.

The environment is becoming more central to the way businesses run their fleets, from the vehicles they drive, miles they travel and the way drivers use the cars.

It is also resulting in more electric and hybrid vehicles brought on to fleets.

This year, around 800 electric cars have been purchased with the Government’s £5,000 grant, 75% of which are for business use.

Companies in the transport and utilities sectors seem most reluctant to take up electric vehicles, with only six and 15 respectively, but the wholesale/retail sector operates 1,278.

That fgure, however, is skewed by Dairy Crest, which operates 1,200 electric vehicles on its milk rounds.

While the transport/communication/distribution sector appears reluctant to take up EVs, it does have the highest number of hybrids at 436 vehicles, beating the Government sector’s 378 hybrids and business services with 126.

According to Fleet200 companies, reducing CO2 will remain a key objective over the next 12 months.