What is the future of fuels? 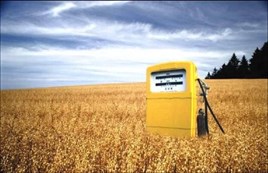 Despite many years of research and development within the fuel industry it is generally accepted that oil-based fuels such as petrol and diesel will continue to dominate for some time to come.

Development of these fuels is important as we continue to utilise them by blending them with biofuels in a bid to reduce CO2 emissions.

But it is generally believed that first- generation biofuels – ethanol, bio-diesel, natural gas (CNG) or LPG Autogas – will be unable to fulfil the goal of reducing CO2 emissions sufficiently. This is because in order to use a greater mix of ethanol, vehicles would typically have to undergo some upgrade to the fuel-delivery system, due to its corrosive properties and the additional cost is likely to make the use of these biofuels highly unattractive.

A decisive milestone on the road to next-generation biogenic fuels takes the form of liquid synthetic fuels of SynFuels.

These are manufactured in a two-stage process from synthesis gas derived from fossil feedstocks such as natural gas (gas-to-liquid GtL), coal (coal-to-liquid CtL) or renewable biomass (biomass-to-liquid BtL).

The synthesis gas, made up from hydrogen and carbon monoxide, can be transformed into liquid fuel by a process known as Fischer-Tropsch synthesis.

SynFuel derived from natural gas burns much more cleanly than conventional diesel and opens the way for the development of entirely new engines that are more economical and generate lower emissions.

Ideal for the production of GtL are the natural gas reserves found in stranded gas fields in more isolated areas which cannot be exploited economically or ecologically using conventional methods.

Qatar Petroleum and Shell have drawn up plans to build the world’s largest gas-to-liquid plant in Qatar.

By the end of the decade, the Pearl Project, as it is known, is scheduled to be manufacturing as much as 22.5 million litres of liquid hydrocarbons per day.

Another project, a joint venture for Qatar Petroleum and South African-American oil company Sasol Chevron, is now in it initial phase and is producing almost 5.5 million litres per day. This is expected to almost double in the near future.

In the longer term, though, only CO2-neutral raw materials can help the environment when it comes to fuel production.

BtL, or SunFuel, refers to sulphur and aromatics-free diesel and petrol that emit far fewer pollutants on combustion and only release the same volume of carbon dioxide into the atmosphere as was previously taken up by the energy crops through photosynthesis.
The raw materials that can be used here cover a whole range of fast-growing energy crops as well as bio waste such as straw and waste wood.
A process to convert bio waste to synthesis gas is already being successfully tested at the Research Centre in Karlsruhe, Germany.