How a no-deal Brexit will impact fleet operators 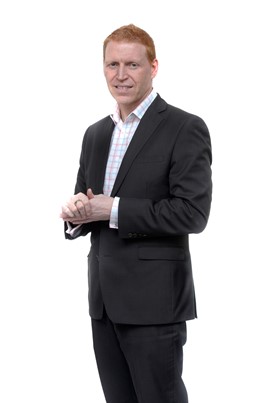 By Mark Merrell, partner and head of Corclaim

If you believe the headlines that the UK and Europe have reached a stalemate over Brexit, then fleet operators conducting business in Europe need to ensure they have everything in order before 31 October 2019.

The current political climate is pointing towards a no-deal Brexit and if this happens, fleet operators must know their rights and responsibilities, particularly in the event that one of their vehicles is involved in a road traffic accident (RTA).

As it currently stands, the Motor Insurance Directive 2009/103/EC gives EU citizens the right to bring a claim in their home country if they are injured or suffer losses in an RTA within a Member State of the EU.

However, this will not be the case if we leave without a deal.

Currently, if a vehicle is involved in an RTA in a country which falls inside the European Economic Area (EEA), the Motor Insurers Bureau (MIB) acts as a compensation body which assists the victim if the foreign insurer or their representative does not respond to their claim within a reasonable amount of time.

In some instances, the MIB will assist the victim in identifying the relevant representative at the foreign insurer before bringing the claim against the foreign driver and their insurer in the UK, rather than the country where the incident happened.

Whilst this might seem like a home advantage, it is particularly useful if the driver who caused the accident within the EEA is uninsured or untraceable as the MIB can use its resources to help trace and source the right compensation for any damage occurred.

If a no-deal Brexit occurs on 31 October 2019, then this ‘advantage’ will disappear and any UK resident who is involved in a RTA in an EEA country will no longer be able to bring their claim in the UK, rather their case will have to be heard in the country where the incident happened – in their language and under their law.

This will be particularly troublesome for vehicles involved in an RTA with an uninsured vehicle or untraceable driver as they may not be able to bring a claim for any injury or damage that occurs. T

his is because not all EEA countries have an equivalent of the MIB to pay compensation. Any vehicle/individual who has started legal proceedings with the MIB before ‘Brexit Day’ will be able to continue their case - these rules will apply to anyone involved in an RTA after the 31 October 2019.

Over the next couple of years there will no doubt be a rise in the number of RTA-related claims being bought in European jurisdictions.

A no-deal Brexit will also have the same impact on EEA residents who will be forced to have their claims heard in the UK courts rather than their home country (if they are involved in an accident in the UK).

As a result, it is crucial that fleet operators acknowledge and understand the Government’s guidance on what fleet operators need to do in a no-deal Brexit scenario which can be found here: www.gov.uk/guidance/driving-in-the-eu-after-brexit

The requirement for each vehicle within a fleet to have a Green Card if travelling within Europe is a key section of the Government’s recent guidance.

This practice has not been in full operation, nor developed since the 1970s, but it will be essential for operators to obtain them for each of their vehicles as part of their no-deal Brexit preparations.

These cards should be obtained from the vehicles’ insurer allowing plenty of time ahead of travel as the process of obtaining Green Cards for each individual vehicle may take longer than some might think given that the documents still have to be physically issued on green paper and cannot be delivered electronically.

A no-deal Brexit looks set to challenge fleet operators whose vehicles are involved in an RTA after the 31 October 2019 and it is essential those in the industry start preparing now.