Was this article useful?
Click the thumbs up >
More Geneva Motor Show pictures

DAIHATSU unveiled its new Sirion at the show, offered with 1.0-litre or 1.3-litre petrol engines and a significant change in styling.

The firm classed the car as a multi-purpose compact and will play a key role in the manufacturer hitting its target of one million sales globally by 2008. 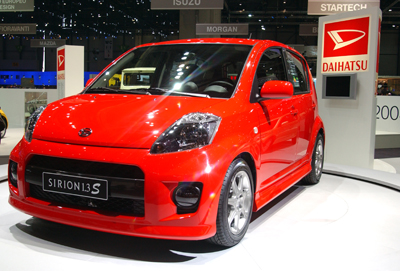 BRITISH buyers are expected to think diesel when the latest Jeep Grand Cherokee model goes on sale this summer. 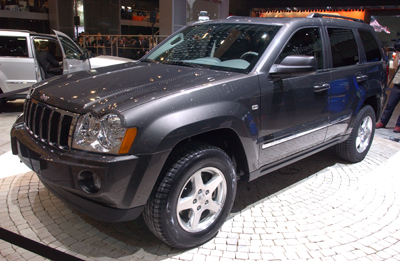 Built to challenge the Land Rover Discovery and the BMW X5, the new US off-roader will be available with either a 5.7-litre V8 Hemi petrol engine or the latest three-litre turbodiesel motor from Mercedes-Benz.

A Jeep spokesman said: ‘Even though the petrol unit features cylinder deactivation to make it particularly economical for its size, we expect most orders will be for the CRD motor, which has 33 per cent more power and 28 per cent greater torque than the 2.7-litre turbodiesel engine.’

Kia UK managing director Paul Williams said: ‘New models are a big help to our plans for expansion, but there’s no single reason why we keep achieving year-on-year growth - I think we just have the right recipe.’

The launch of the all-new Rio model spelled the end of the South Korean company’s days of restricted market coverage in Britain, Williams claimed. 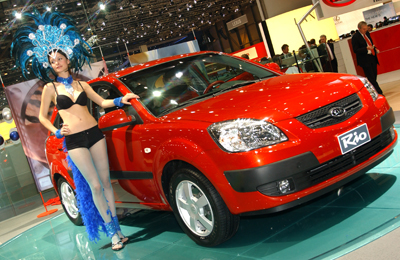 He said: ‘This is the most significant we’ve launched so far. We’ve never had a true entry in the B-segment, so our expectations are high - especially as we plan to charge less for a product that clearly offers more.

‘But with three new engines, including a high-power, low-emission diesel, the new car will outperform its rivals while still delivering good economy. And because it is taller and wider, it has more cabin space than most rivals.’

MITSUBISHI’S Colt convertible is all set to compete with Peugeot’s smash-hit 206CC model next year.

Jointly developed with Italian specialist manufacturer Pininfarina, it will be built in Turin and promises to be an attractive rival to the French car.

Mitsubishi Motors Europe plans to sell 60,000 units in five years - many of them in Britain, where demand for open-top models is strong. 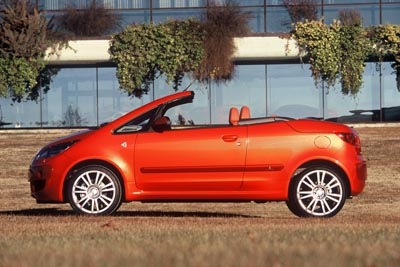 Featuring a powered metal roof, the Colt hatchback-based convertible will offer the choice of 1.3-litre, 1.5-litre and 1.5-litre turbo power and the top-range version is expected to cost about £16,000.

A NEW version of the smart forfour is to be launched in a bid to rejuvenate flagging sales of the DaimlerChrysler cult car range in Britain.

Now smart UK officials are hoping the 177bhp model has sufficient power to arouse interest in the go-faster sector of the market dominated by the Mini Cooper and Volkswagen Golf GTI.

A spokeswoman said: ‘It is faster off the mark than either of its rivals, sits on 17-inch wheels and has lowered suspension. It looks the part and we hope it will do the trick.’

‘Our total of 1,000 forfour registrations last year was a disappointment and we’re hoping this flagship version will revive our fortunes. But for good measure, we will also introduce a fresh entry-level version called the pure at £7,995.’

Featuring full leather trim, special alloy wheels, spoilers and additional side skirting, the BRABUS is expected to cost between £17,000 and £18,000.

TATA Motors, MG Rover’s Indian partner, will be competing in Europe’s fast-growing market for ‘crossover’ vehicles in the next two years.

But the British firm will have no involvement in the development or manufacture of the production version of the Xover concept on show at Geneva.

‘This is a project that relates only to our company. It will be the most expensive car we make and we’re proud of it,’ said Tata Group chairman Ratan Tata when the model claimed to combine the benefits of a luxury tourer with sports utility vehicle styling was unveiled. 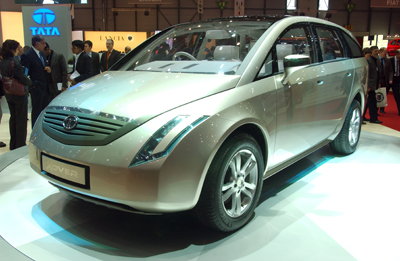 Based on a ladder frame chassis, the Xover stands on 17-inch wheels, has rugged styling and a flexible seating system for seven. Configured to be powered by a range of Euro IV engines, including units under development at Tata, it will offer stability and traction control and passenger and side airbag safety.