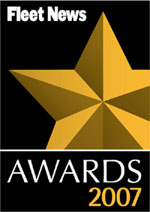 Key quote: ‘We expect entries to the Fleet News Awards 2007 to be shorter and smarter and we know you won’t disappoint us.’

A FLEET News award can change your life. For years, fleet managers have reported that winning a Fleet News award has raised their profile and given their careers a boost and manufacturers and service companies have seen sales increase after winning a coveted accolade from Britain’s biggest and best fleet publication.

Over the years, the amount of work that entrants have put into their entries has grown. Last year, the volume of material sent to judges filled 15 big storage boxes.

While the justification for winning has to be robust, more than one company suggested they might not enter again if we made it any harder for them. So we did the opposite.

The material required for entering the Fleet News Awards 2007 will be reduced from a maximum of 40 pages to a maximum of EIGHT pages. That’s a massive reduction in workload for entrants and judges alike. Most of the questionnaires are three to four pages long, so many entrants will be generating only four or five pages.

The effort should now go into thinking hard about the things that make your entry different. We expect entries to the Fleet News Awards 2007 to be shorter and smarter and we know you won’t disappoint us. Details of how to enter in next week’s issue.