Was this article useful?
Click the thumbs up >
WAY back in 1998, the S80 was the first Volvo to feature the current family ‘face’ – smoother lines and a conscious effort to move away from Volvo’s then-boxy image.

Since then, the whole of Volvo’s line-up – S40, V50, S60, C70, V70 – has followed the same design theme as its executive saloon. Eight years later, the new S80, first seen at this year’s Geneva Motor Show, is a whole new car from the chassis up.

With plans for high fleet sales in the UK, Volvo flew Fleet News to its headquarters in Torslanda, just outside Gothenburg, to see the car and talk to the people behind its creation ahead of the July launch.

THE new S80 is taller and wider than the current model, but you wouldn’t know it to look at it. Clever exterior design has given the new car a sleeker, more purposeful look but it’s still clearly a Volvo.

Chief exterior designer Stefan Jansson described the new look as an evolution of the previous design, rather than a revolution.

He said: ‘We decided to focus on the areas to improve. First was the size impression, as the old model felt a little too big and blocky in appearance. We also focused on the overall directional character, as we wanted some speed built into the design – more direction in the sculpture. Lastly, we wanted youth appeal – to make the car feel younger, fresher and more modern.’

As a result, the front end is more focused. The upright grille remains, but bigger and with a larger badge, while the corners have been sheared off and made rounder. The headlights are narrower, creating a more purposeful ‘face’, and the bonnet has a muscle car-style bulge – partly for looks and partly to improve pedestrian safety.

VOLVO’S engineers have really focused on handling for the new car, as it was found to be lacking in the previous S80.

It integrates systems such as braking, all-wheel drive, engine and transmission control with the suspension to provide the optimum handling set up.

Three modes can be selected – comfort, sport and advance. The car has been tested on UK roads around Gaydon to ensure it can cope with anything Britain can throw at it, as well as extreme temperature endurance testing in Colorado and Alaska.

New to the family is a six-cylinder 3.2-litre petrol engine, and a 315bhp 4.4-litre V8, sourced from Yamaha. Volvo says this addition to the range is necessary to compete against the likes of Audi, BMW and Mercedes-Benz.

THE buzzwords for the new car are ‘Scandinavian Luxury’, and as a result considerable effort has been put into making the inside of the S80 as welcoming and relaxing as possible.

Jonathan Disley is the chief interior designer, and found his inspiration in natural forms from the Swedish landscape – for example, the dashboard texture is wave-inspired, while the different elements of the console, dash and instrument binnacle are designed to look like they float over each other. The floating centre console seen in other recent Volvos makes another appearance.

Every colour and trim on the S80 will see a three-tone colour scheme, with a dark dash, light headlining and mid-tones everywhere else.

The S80’s seats are both heated and ventilated, depending on conditions. Volvo has put extra effort into audio quality, working with Danish experts Dynaudio to produce the top-level, 12-speaker system. There is support in the stereo for MP3 files, as well as a socket for iPods.

Hands-free Bluetooth mobile phone systems will be included, while satellite navigation and television will be an option.

VOLVO has always been at the forefront of safety and the S80 is no exception. Expect pretty much every conceivable safety gadget in the car.

Active systems include collision warning, which uses radar technology shared with the adaptive cruise control to detect an imminent crash.

A red head-up display warning is beamed on to the windscreen along with an audible alarm, and the brake pads are moved closer to the discs to allow instant full-strength braking.

Also included is Hydraulic Brake Assist, and Fading Brake Support, which graduates pressure on the disc to help stop brake fade. The usual array of airbags, seatbelts, anti-whiplash technology and structural support will help keep passengers as safe as possible should an accident occur.

Other features include bi-xenon swivelling headlights that follow the direction of the front wheels, and a high-tech keyfob that can tell you from a distance whether the car is locked and if the alarm is activated. The S80 also features a heartbeat sensor to detect if anyone is in the car.

Ian Rendle, corporate sales manager at Volvo Car UK, said: ‘This is going to be a major fleet car. The corporate sector is where our focus lies.’

Rendle anticipates that 70% of S80 buyers will be new to Volvo and hopes to drag customers away from BMW, Audi and Mercedes-Benz. To let fleets get a look at the car, and take it for a spin, Volvo is bringing S80s to four ‘ride and drive’ events to be held across the UK in August.

To view the S80 images click on next page. 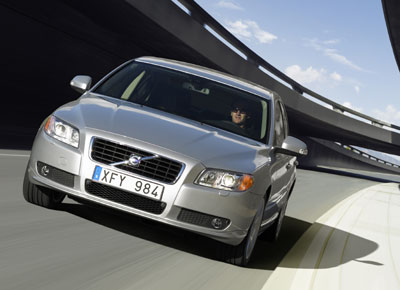 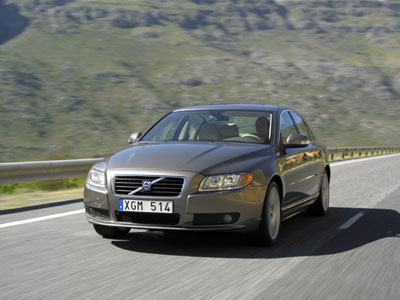 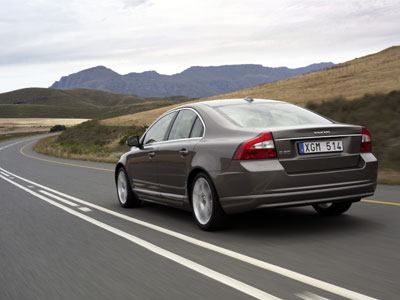 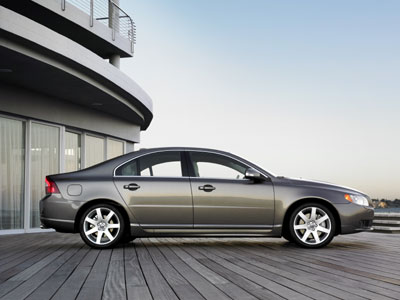