Was this article useful?
Click the thumbs up >
AS drivers increasingly look for more versatility from their cars, this sector of the market is growing.

While in essence these cars are superminis, their higher rooflines and, in some cases, more flexible interiors give them a claim to the MPV tag.

Honda blazed a trail in this sector with the Jazz, and although it is classed as a supermini its versatile interior qualifies it for admission here.

The Jazz was recently named Best Small Car at the 2006 Fleet News Awards, where the judges praised its practicality and noted how its packaging and design has set a trend others are following.

The ‘others’ in this case are made up of Fiat’s Idea, revised Ford Fusion, new Nissan Note, Renault’s Modus and the recently-updated Vauxhall Meriva.

Several manufacturers have been busy in this sector, with Vauxhall and Ford making tweaks to their offerings both inside and out, and Nissan launching into the sector with the new Note – a car which shares its under-pinnings with the Renault Modus.

All six models offer more room inside than conventional superminis and some, such as the Meriva, feature a clever seat folding system as used in the larger Zafira model. 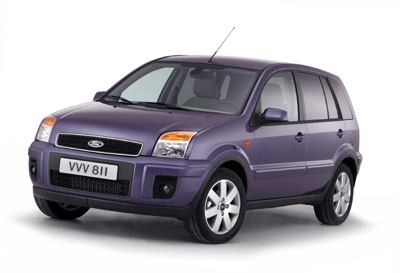 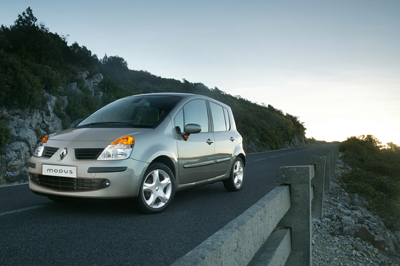 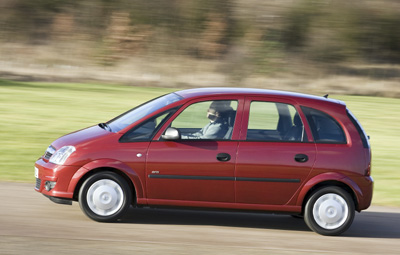 What the panel said

THESE may not be true MPVs in the ‘seven-seats-plus-two-dogs-in-the-back’ sense, but they all stretch a small car around a family’s needs and budget.

The Note already looks a winner, offering drivers practicality rather than gimmicks, plus a fleet-friendly package of price, residual value and SMR costs.

The Jazz scores on versatility and its engine. It holds its value but servicing costs are higher than rivals.

Safety and looks are among the Modus’s strong points, although as a package it doesn’t quite match its sister car the Note. Competitively priced, the Idea is quite adept as a small MPV despite lacking stand-out characteristics. ‘Family’ is not really a keyword of the Fusion although it’s a competent performer in rental terms. Versatility is still the latest Meriva’s strongest point but poor residuals make it a pricey proposition.

THAT we have micro-MPVs seems more to do with car companies wanting to create a market niche and keep the production lines rolling, rather than any practical need.

While they provide more headroom and an elevated driving position, they offer little in the way of extra luggage space over more conventional small cars.

In the fleet market the aim seems to centre on selling to the public sector, especially local government and the NHS.

Our number one is the newly-crowned Fleet News Small Car of the Year, the Honda Jazz, which has superior build quality, an excellent engine and, at SE level, is well-equipped. The Jazz also benefits from strong residuals.

The Note and Modus share a platform and there is little to choose between them. The Note offers greater value while the Modus is more stylish with stronger RVs and lower maintenance costs.

The Idea, Fusion and Meriva are very close, with the Fiat inching ahead thanks mainly to a lower front-end price. The Fusion is starting to look long in the tooth and the Meriva looks expensive in this company.

THIS sector is growing in fleet terms, and is important as drivers look for versatility and value.

The keys for any vehicle here are the same – functionality, reliability and price. On that basis two models rise to the surface.

The Jazz is beautifully thought out and has quality running through it, plus very attractive styling. With the best emissions and economy, second-lowest rental and second-best depreciation it’s exceptionally strong. Nissan’s new Note runs it close. It has the lowest deprec-iation and cheapest rental.

An accomplished car, the Meriva has versatile seating. The rental is high, however, and it loses out to the Honda and Nissan. The Fusion is essentially a taller Fiesta and falls down on versatility. Renault’s Modus is distinctive but with the highest CO2 and maintenance costs and second-highest rental it will always struggle, as will Fiat’s Idea, which has the highest rental.

THESE models bridge the gap between the traditional superminis, such as the Renault Clio and Vauxhall Corsa, and the larger lower-medium hatchbacks such as the Megane and Astra.

They seek to offer the space and practicality of the larger cars with the external dimensions of the smaller ones while, in many cases, adding a degree of ‘MPV’ versatility.

The Jazz was the first to offer this combination and is still regarded by many as the benchmark for this class.

Ford’s Fusion is more closely related to a conventional hatchback, while the Meriva offers the kind of rear seat flexibility usually only found in larger MPVs such as its brother, the Zafira.

The Modus shares many of the same features as the rest of its class. It has typically unique Renault styling and one unique selling-point – the ‘Boot Chute’, a secondary tailgate that allows quick and easy access to the boot.

The Note is the newest in this class and probably provides the best compromise of all the attributes associated with this sector, while at the same time being an enjoyable car to drive.

A LOW front-end price and decent RV secure the new Note the cheapest monthly rental by a clear margin. The others are all very closely matched, apart from the Meriva which suffers from a poor RV.

THE Honda’s ultra-efficient 1.4 i-DSi engine is the cleanest unit, emitting 137g/km of CO2 putting it in the lowest BIK band. The Modus emits the most, placing it in the 19% tax band. The rest hover around the 150g/km mark.

The Jazz eclipses the competition, returning a claimed average of 48.7mpg. Its closest challenger is the Note on 44.8mpg, with the Meriva close behind on 44.1mpg. The Modus is the least efficient.

THE Jazz is a massively popular used buy and its very healthy RV reflects this – at 38% it is five percentage points clear of its nearest rival, the all-new Nissan Note. The Meriva has the lowest RV of just 25%.

THE Modus is the most expensive car, but Renault is most generous, with an average discount of £2,486. The Note is also well supported, with £2,449 off. Vauxhall is the least generous, taking £1,393 off the Meriva.

VAUXHALL’S Meriva will cost a fleet the least to run over 60,000 miles, costing just over £1,000. By contrast, the Nissan is the most expensive, with garage bills approaching £1,500 over the same fleet operating cycle.

A CONVINCING win for the Honda, with praise for its strong residual values, frugal and clean engine, top build quality and its versatile interior.

THE new Note scores a strong runner-up spot thanks to its low front-end price and by far the lowest monthly rental. Drivers will like its fuel economy, too.

RENAULT’S Modus loses out to its Nissan sister car on price and emissions. However, the Modus is the second cheapest for monthly rentals.

THE Meriva suffers from having a very high average rental – it’s around £20 a month more than the others. However, the Meriva’s flexible interior draws praise.

FIAT’S Idea seems to suffer from being competent at most things, but it doesn’t excel in any particular area. However, it’s well priced and matches its rivals for rental costs.

THE Fusion has never caught the public’s imagination, and our panel mark it down for lack of versatility. It is on the money for rental costs, though.