Was this article useful?
Click the thumbs up >
CHRYSLER launched a bid to establish a presence in the upper-medium sector as it unveiled the Sebring saloon (below).

Available with 2.0-litre turbodiesel and petrol engines, and a 2.4-litre petrol, the introduction of the Sebring follows considerable success for Chrysler with the luxury 300C.

Chrysler UK managing director Peter Lambert said he was hoping for more of the same.

‘We think we’re going to benefit from the halo effect of the 300C, which has taken on Mercedes-Benz and Audi,’ he said. ‘We don’t see the Sebring competing with the volume suppliers. We see this as more of a niche car for someone that wants to be a little bit different.’

Lambert said he did not expect to sell more than 1,000 Sebrings during 2007, when the car will be launched.

In the run-up to its introduction, Chrysler’s corporate sales network is being overhauled. Lambert said: ‘We want to develop close links with the user-chooser market through the dealer network.’

He added that a small number of Sebrings may be made available for rental. No price for the car has yet been decided.

The Sebring is the latest in a line of new Chryslers to be rolled out. Lambert said he hoped to soon have a car in every segment. 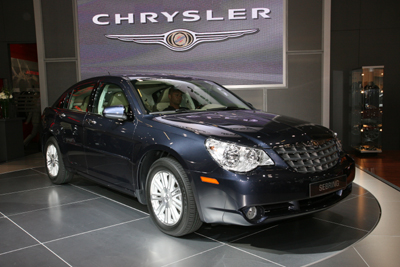