Was this article useful?
Click the thumbs up >
VOLVO is cutting its corporate sales this year in a move aimed at stabilising residual values.

Fleet bosses at the Swedish company have decided to reduce the amount of cars they supply into daily rental as part of an effort to manage volume.

Corporate sales and leasing manager John Wallace said: ‘We think daily rental is fantastic but we’re reducing the amount of cars we put into it.

‘It’s about better managing our volume and we’ll see the benefits come through by next year. ‘This is not an attempt to improve residual values, more to abate the overall industry decline, so it’s good news for our fleet customers.’

The manufacturer is using the show to display its C30 design concept car.

Although a concept, Volvo bosses have strongly hinted that its looks will match that of the real car which will be launched by the beginning of next year.

Competing against the likes of the Audi A3, MINI and BMW 1-series the car is likely to cost just under £15,000 for the entry-level model and will bring Volvo into new territory.

Wallace added: ‘I’m quietly confident about how this car will perform in the fleet sector but it’s too early to talk about fleet numbers.’

Other models on the stand included the new S80 executive saloon, the XC90 Sport and a refreshed S60 saloon. 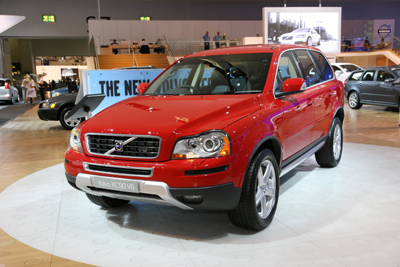