VW golden girl makes it three in a row 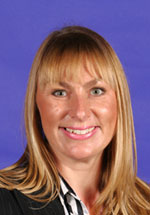 VOLKSWAGEN’S Fleet Sales Executive of the Year is Toniya Smith for the third consecutive year.

Toniya, who works at Ventura Park in Tamworth, Staffordshire, beat off 40 finalists to pick up the award in a glittering gala ceremony at Celtic Manor Resort, south Wales last week.

It turned out to be ‘ladies night’ as Carol Kirk from Arthur Prince picked up the Fleet Sales Manager of the Year award.

The quest to find the finest in fleet began early in 2006, with activities for candidates being organised through the Volkswagen Fundamentally Fleet intranet. League tables found the top 20 sales managers and top 40 executives, who were then invited to the Volkswagen National Learning Centre in November for two days of intensive tests, presentations and role play.

Fleet News editor Martyn Moore trained to be an assessor to help find the winners.

Also announced at Celtic Manor was the winner of the Volkswagen Fleet Retailer of the Year. Readers of Fleet News were asked to vote for their favourite retailer and Listers, Coventry, came out top. Blade, Gloucester, was second and Gilders, Hillsborough, came third.

Agency Retailer of the Year was won by Ridgeway Garages, Newbury, and Warrington Volkswagen won the Being Volkswagen award.

Vince Kinner, head of Volkswagen Fleet Services, said, ‘I am immensely proud of what Fundamentally Fleet means to Volkswagen and our partners and, more importantly, what it has achieved.

‘Congratulations to all our winners and finalists.’