Is this the user-chooser’s car of the future?

Was this article useful?
Click the thumbs up >
A STUDY of 1,500 motorists found that more than half would consider buying an electric car in the future.

The research found that environmental concerns did not affect most people’s car usage – two-thirds admitted that the damage they could be causing the environment had no impact on how often they drove. 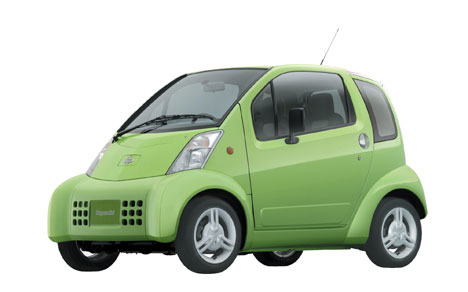 However, drivers do back combating environmental damage by other means.

According to the survey by e-commerce firm Autoquake, 66% are happy for the government to tax cars that are not environmentally friendly and the same number back alternative fuels.

The biggest concern with electric cars – raised by half of all respondents – was their lack of power, followed by their inflated price tag.

Jeanette Moskovits, chief executive officer of Autoquake, said: ‘We see electric cars as a key area for product innovation over the coming years.

‘Going by motorists’ willingness to consider electric cars and companies looking for environmentally-friendly ways to do business, we see electric as a key growth area for us and our fleet customers.’

Autoquake’s poll also showed that, while being in favour of environmental tax, 62% of motorists were against congestion charging.

In addition, just 3% believe introducing a national congestion charge will have a positive impact on congestion.